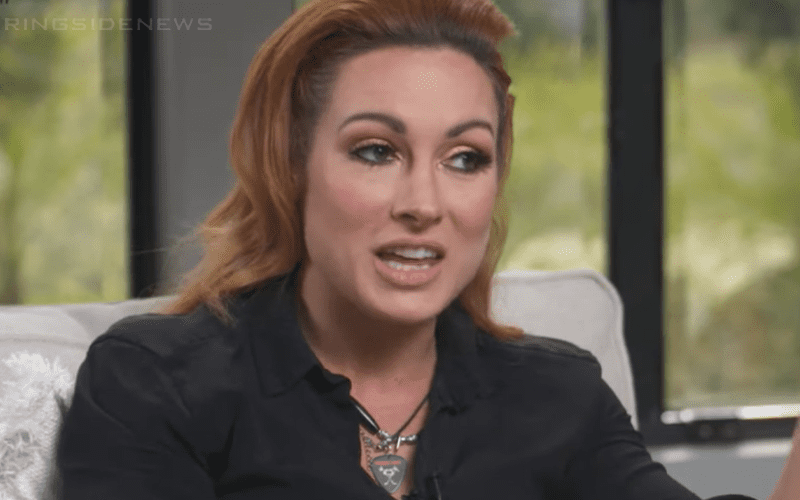 Becky Lynch was the double champion walking out of WrestleMania 35 and even though she lost the blue brand’s title, The Man is proudly holding the RAW Women’s Title. She had that belt in her lap as she spoke to Fair Game recently.

Lynch said her mission is to make WWE cool again. She wants there to be kids looking up to WWE Superstars and wanting to do that just as she did as a kid. She is certainly in a good position to accomplish that feat and intends on trying very hard to make people care about what she has dedicated her life to.

“I want people to think this is cool. I want it to be higher than its ever been. Because I love this business, I’m a wrestling fan. I grew up watching it and when I was younger I just thought it was the coolest thing in the world and I still want people to think that because I want everybody to feel like that like ‘Oh, god they’re going a little bit far,’ but let me be in there.”

Becky Lynch seems passionate about the business so WWE obviously has a good person in front of the company. We’ll have to wait and see how long The Man will be able to keep her title, especially with the odds stacked against her at Extreme Rules. That probably won’t stop Becky Lynch’s vision to make WWE cool again.