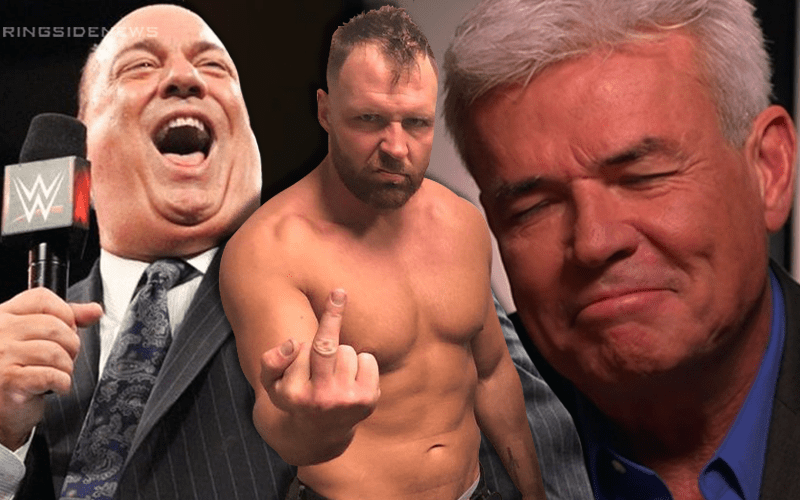 Jon Moxley no longer has to worry about the way WWE does things because he is no longer with the company. However, he is obviously still paying attention.

While speaking to The Store Horsemen recently, Mox commented about Paul Heyman’s new role as RAW Executive Director. He called it “some kind of move” and went on to say that he hopes Vince McMahon will actually use the new ideas that are sure to come with this backstage change.

“They definitely made some kind of move. Paul Heyman is really smart it sounds like that is a great idea. I just hope Vince lets them do their ideas. It’s not just ‘I made him head of creative, but I’m telling him what to do type of thing.’

“Eric Bischoff was behind the NWO, he also presided over some crappy WCW shows. He is probably pretty motivated to make you forget that part of the resume. The more wrestling that is good, the more fans that there are and the better it is for everybody.”

Moxley is a student of the pro wrestling business because he was a fan first. He remembers the Monday Night Wars fondly and who was involved in the backstage moves that made the time so exciting to be a fan.

Hopefully, WWE will be able to turn things around and present a better program. Whether or not that actually takes place, Jon Moxley will still be watching and hoping for the best, but it doesn’t sound like he misses WWE much at this point.