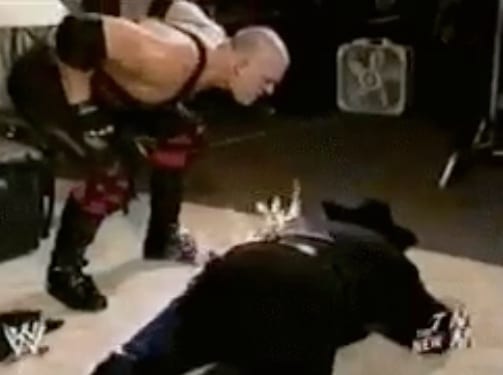 There have been plenty of angles in WWE that fans haven’t been all too pleased with, but as it turns out, there are some that the talent themselves don’t particularly care for either.

Jim Ross is considered to be the Voice of WWE by many fans both old and new, even though he isn’t with the company anymore. His many legendary calls from throughout his time there will stick with many of us forever, and so they should.

He was also involved in a series of storylines from a physical point of view, too, including one particularly bizarre one in which he was ‘set on fire’ by the recently unmasked Kane.

The fact that JR is openly criticising the company shouldn’t come as all too much of a surprise to anyone, given that he now spends his days calling the action for All Elite Wrestling.

His opinion has certainly divided his followers, many of whom actually felt like the angle was pretty effective. It may depend on what your taste in professional wrestling is, and it may also depend on whether or not you found that era as a whole to be entertaining.

When Kane unmasked it was one of the most exciting storylines WWE could’ve possibly produced at the time, because as we all know, he went absolutely mental. While that may not sound overly entertaining to some of you, he executed his role to perfection – and truth be told, he probably deserved to have a run with the World Heavyweight Championship.