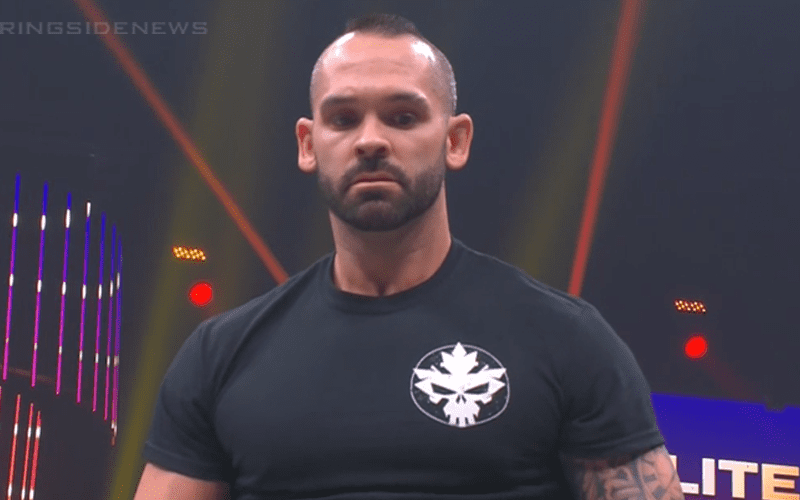 AEW is going to be presenting a real pro wrestling product and they might be getting a little protective of their stars. This is totally understandable and it is only business. However, this also means that Shawn Spears is no longer allowed to attend an upcoming indie show he was previously booked for.

All Elite Wrestling has pulled Shawn Spears from the Limitless Wrestling July 12th event in Portland, Maine. Spears took this booking before signing a contract with AEW, but the company apparently has an issue with him working the Vacation Land Cup event.

In a statement put out by Limitless Wrestling, they let fans know exactly what happened in this situation.

We’ve got some unfortunate news to pass along, so let’s just jump into it. AEW has pulled Shawn Spears from our event this Friday in Portland for a video shoot, despite Limitless having an agreement with Shawn before his new contract was signed. We’ve monitored his status on this show with his agent WEEKLY leading up to Friday and were assured the date was locked. We’ve spent the past 24 hours submitting different travel solutions to Shawn’s agent & AEW to make it work for all parties, all of which were denied.

Unfortunately, with the wrestling industry continuously changing and new contracts arising, independent wrestling companies like Limitless will get the shit end of the stick in scenarios like this. Our job is to always be up front and provide the best show possible for the best wrestling fans in the world. We’ll be doing it again this Friday & I hope to see you there. Thanks for sticking with us.

It is unfortunate that AEW pulled Shawn Spears from this show, but at least they were able to get Tommy Dreamer to come in and take his spot. It looks like travel issues were a problem. AEW probably needs Spears at the Fight For The Fallen event in Jacksonville on July 13th and they just couldn’t make things work out in order to keep him on the show.