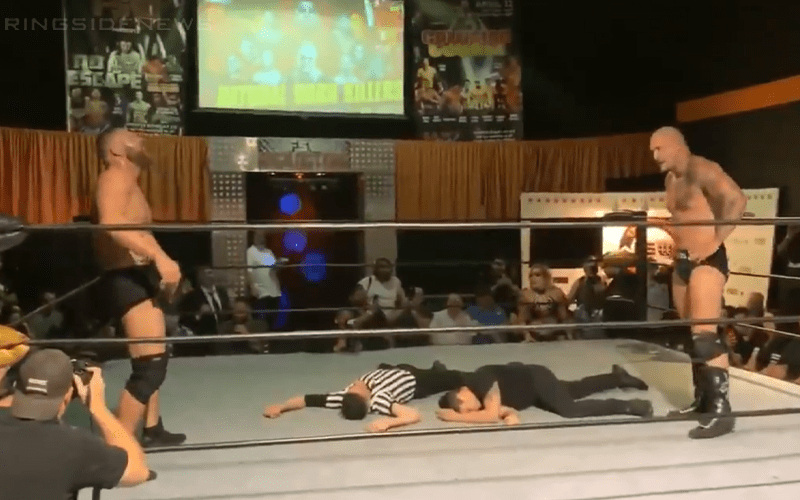 Jon Moxley is on the indies now which means you never know where he will show up next. Since he lives in Las Vegas, another Vegas resident, Killer Kross laid down a challenge and Mox was happy to accept.

If you remember Kross uploaded a video not too long ago when he was trying to hunt Moxley down. It turns out that they found each other at a Future Stars Of Wrestling event last night.

You can check out the entire match below. It ends in a no-contest so there are probably plenty more matches in the tank for this rivalry. It would certainly be one we’d love to see continue.

We might want to enjoy seeing Moxley work the U.S indie scene while we can because once AEW’s television show starts he might not get much of an opportunity to do that anymore. It was still a great surprise for fans last night and thankfully, it was captured on video.