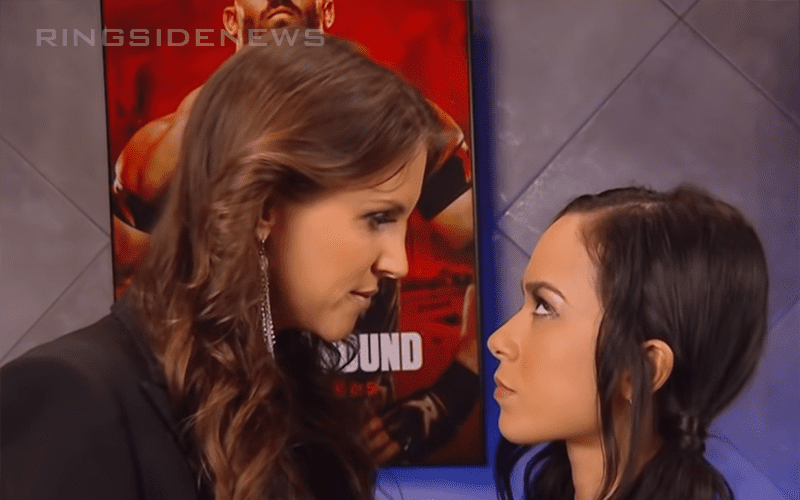 AJ Lee was a WWE Divas during a different time in the company’s history. This was before women were Superstars just like the men and they had to do what they could without much on television to legitimize themselves as pro wrestlers.

She was also greatly criticized for her looks on television to a crushing degree. This is something that not only bothered her, but also drove AJ Lee to be the best and eventually she left while still on top of the business in a lot of ways.

While speaking to Kristine Leahy on Fair Game, AJ Lee discussed some of the trials she had to face as a WWE Diva. In fact, she was told that nobody would want to have sex with her if she appeared as herself on television without a heavy coat of makeup and designer clothes.

“Being the person that was kind of riding the fine line of getting in trouble a lot, I was willing to do that and that’s what helped me. I was rare at the time.”

“You didn’t see a girl who was like not wearing her makeup, or not doing her hair, or was wearing clothes that you could find at Target on TV. I got in trouble for that at first. I was told that no one would want to have sex with me. Yes, it’s a title of a chapter in my book — “No one wants to have sex with you.”

“I cried. I cried for so long, and then my hair was immediately dyed lighter. Yeah, it was very demoralizing, but I kind of took it like, ‘Okay. I tried to conform for a minute, but no this isn’t me.’”

It had to have been stressful to be a woman in WWE back then, but there is still a great amount of pressure now. The rhetoric might have changed, and rightfully so, but there is always going to be pressure to have the best appearance possible on television.

AJ Lee certainly dealt with a lot during her time in WWE and it’s no wonder why she wouldn’t want to make a return at this point. Because some of those wounds seem to still be a little sensitive after being told that nobody would want to sleep with her if she let her. At least she was able to get some material out of it for her book.