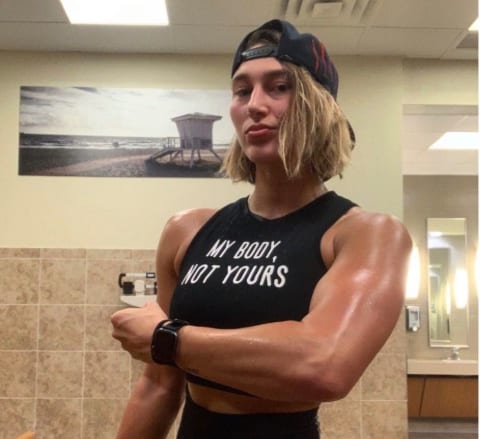 When it comes to being a world class WWE superstar at the highest level, you need to be able to possess certain qualities in order to consistently succeed. Above all else, though, you have to be unique.

One woman who certainly fits the bill in that regard is NXT UK star Rhea Ripley. While she may have had her fair share of controversies over the course of the last few months, nobody can deny that she’s been able to make an immediate impact in both the Mae Young Classic and in NXT UK.

It seems like she’s on a rocket ship to the moon, and along the way, she’s making sure to stop and put her critics in their place – and so she should.

Rhea is an incredibly hard worker both in and outside of the ring, and the results clearly show with her phenomenal physique. She shouldn’t have to be made to feel bad just because of some insecure fans on the internet.

That’s one of the biggest negatives surrounding social media, but of course, we all already know about that. All that we’re interested in moving forward is how Ripley continues to progress, develop and grow as fans continue to clamour for a move up to the main roster for her.

It still feels like that’ll happen at some point down the road, so for the time being, we should all soak in and appreciate her work in NXT UK as she continues to establish herself as one of the biggest stars on that brand.