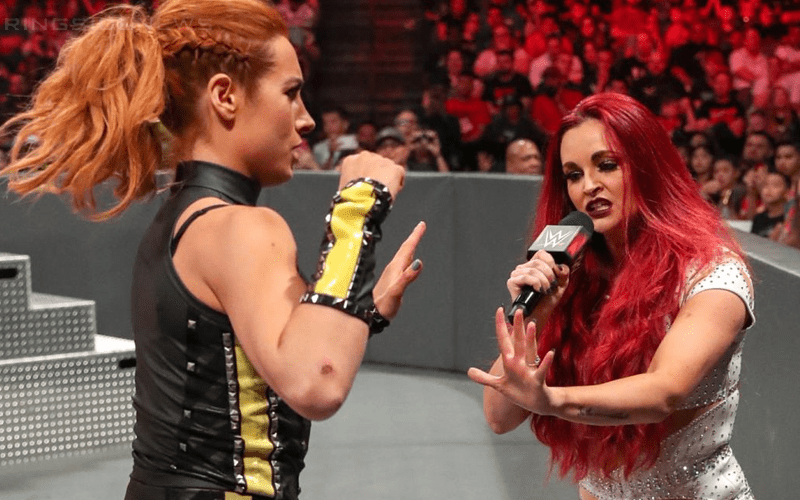 Maria Kanellis recently advised Becky Lynch not to get pregnant because fans couldn’t handle having two women pregnant at the same time. That was an odd thing to say, but Becky Lynch definitely saw this tweet in her verified mentions.

The Man replied to Maria Kanellis and said that she tried doing it, but she almost impregnated herself. That’s interesting to know. Then she turned everything back into storyline and said the only small child she’ll be carrying is Zelina Vega because they have a mixed tag match next week on Raw.

UPDATE, @MariaLKanellis. Tried this and almost impregnated myself.

Unfortunately, the only small child I’ll carry now is Zelina on Monday.

This was a very clever response, but don’t think that it’s getting by us how Lynch said “unfortunately” in reference to not being pregnant. Let’s just see where her relationship with Seth Rollins goes, but WWE has some big plans for Lynch and Rollins so it might be a good idea for her to not be thinking about children right away.