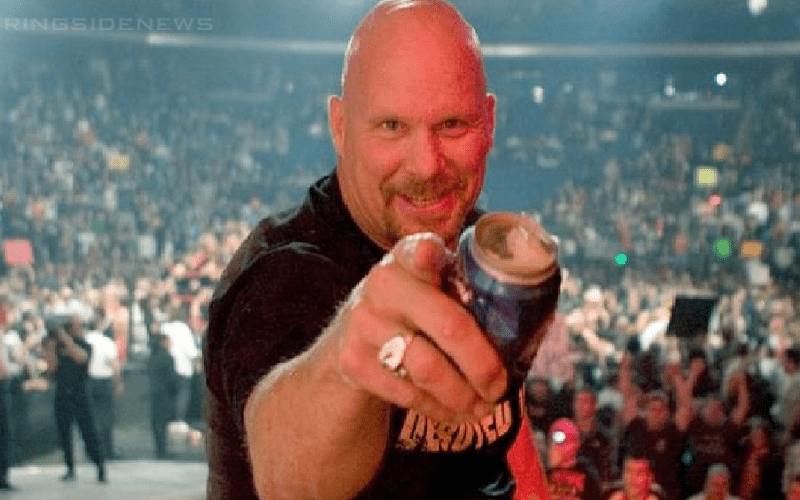 WWE has a lot of legends that they would love to have back so they can use their name value on the show. There aren’t many names bigger than Steve Austin, but we’ll just have to see if they can work something out.

It was noted in the Wrestling Observer Newsletter that it would make a lot of sense if Steve Austin makes a return to WWE television “in the next few weeks.” This would be in conjunction with his upcoming interview show that he has debuting on the USA Network in the Fall.

Although it was noted that nothing has been confirmed, it would be the perfect timing for both Austin and WWE to see The Rattlesnake appear on WWE programming once again. Bringing “Stone Cold” back to RAW, if only for a guest appearance would certainly boost ratings and the USA Network is already plugging Austin’s upcoming show in a big way during commercial breaks in WWE programming.

We will have to wait and see if they can work something out, but it wouldn’t be a big surprise to hear Steve Austin’s glass-breaking entrance on RAW again sooner than later.