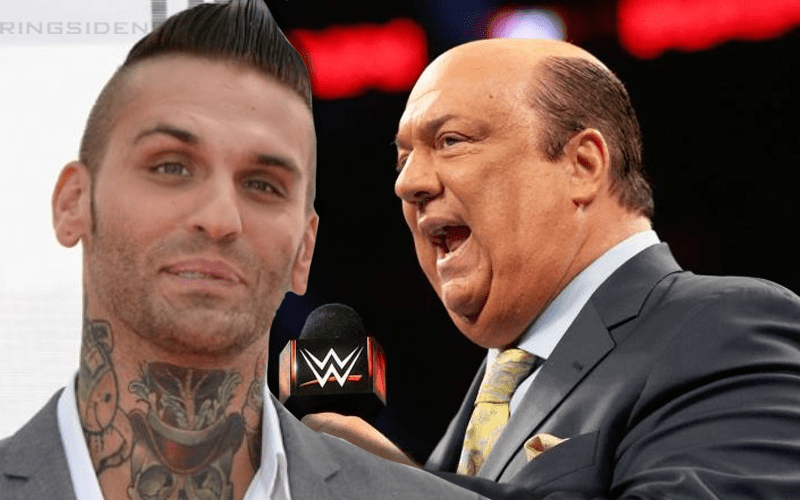 Corey Graves let the S-Word go on RAW last night during the explosive opening segment of the show. This was a part of the script, but apparently, we’ve been giving credit to someone who actually doesn’t deserve it in this instance.

Bryan Alvarez revealed on Wrestling Observer Live that Corey Graves’ usage of the S-Bomb on RAW was actually not an idea of the show’s new Executive Director after all. It’s unclear who came up with the idea, but it wasn’t Paul Heyman.

“What happened was it was in the script, but it was not a Paul Heyman idea. That was not Paul’s idea. I don’t know whose idea it was, but when I saw that I thought, ‘Oh my god, that’s Paul.’ Apparently, it wasn’t.”

It was speculated that it was Vince McMahon’s idea to yell “sh*t” on RAW instead. It certainly got enough attention when he does it. Perhaps we might get some repeat performance of profanity tonight with Corey Graves on SmackDown Live.