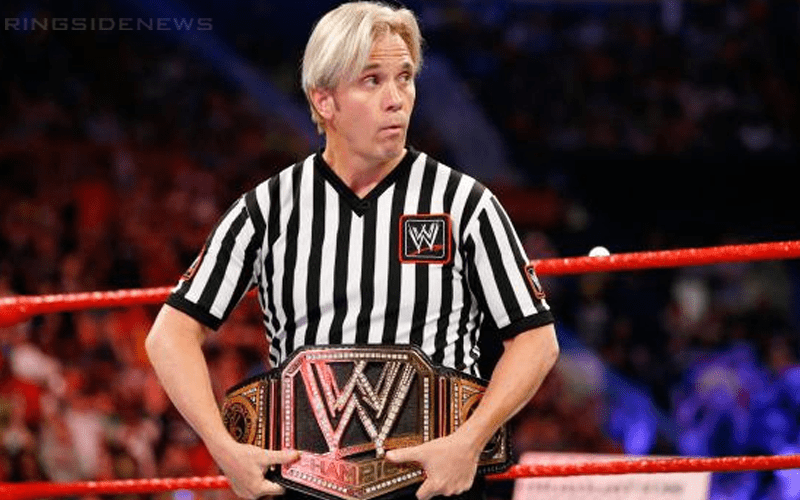 WWE senior referee Charles Robinson was the victim in a big way because a storage facility full of his prized possessions was recently broken into causing him to lose about $55,000 of items.

Robinson is a huge fan of Hollywood and obviously, pro wrestling. He’s been storing away prized possessions from both genres of collectibles for decades. Now he lost everything he had stored away.

TMZ reports that Evel Knievel stunt cycle toys, Chucky dolls, Friday the 13th action figures, Planet of the Apes lunchboxes and WWF artifacts were all part of the collection that went missing.

A list of the stolen pieces of pop history was included in the report which also includes lost memorabilia from Evil Dead, The Partridge Family and a NBA basketball signed by Dennis Rodman and Karl Malone.

He also lost a Jaws statue valued at $2,400 which popped up on eBay on Thursday, but the username and listing was reportedly taken down before he noticed. A police report has been filed, but nobody has caught who did this yet.

Perhaps the worst part is that Charles Robinson said that the robbery wasn’t captured on camera and the storage facility doesn’t seem too eager to help him figure out who did this.