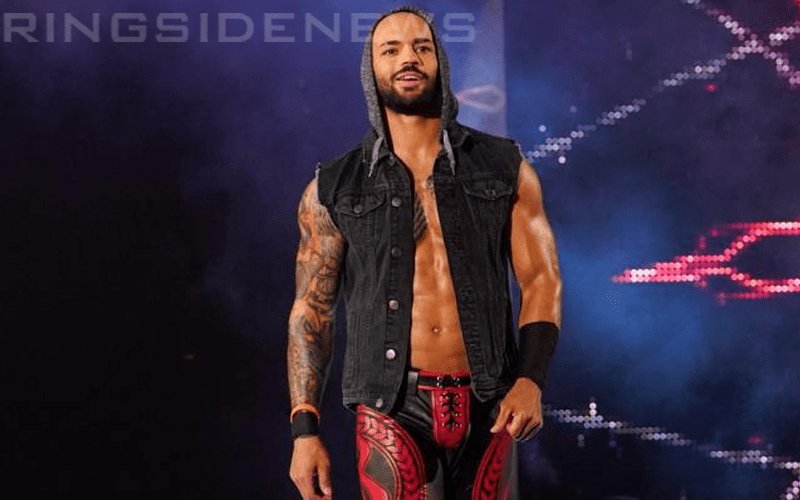 WWE brought a killer show to Japan and played to nearly sold out shows each night. However, one match that stole the show was Seth Rollins vs Shinsuke Nakamura.

The Japanese fans were white hot for this contest and they definitely noticed this backstage. So Ricochet had to comment saying: “Yo! Shinsuke Nakamura and Seth Rollins just had a freaking WrestleMania caliber match.”

One fan chimed in saying: “Disagree, the WrestleManias I grew up on had larger than life wrestlers. Rollins is only a big deal in a CrossFit box.”

Ricochet usually doesn’t feed the trolls, but he had to say something in this instance to not only defend Rollins and Nakamura’s performance, but also point out the foolishness of this fan’s statement.

How can you disagree when you didn’t see the match? Hahaha

Seth Rollins vs Shinsuke Nakamura could be a WrestleMania caliber match and the Japanese fans were very lucky to see it go down. Maybe next time people will think twice before sending a snide remark to Ricochet while attempting to bury something that has no business being talked about in that regard.