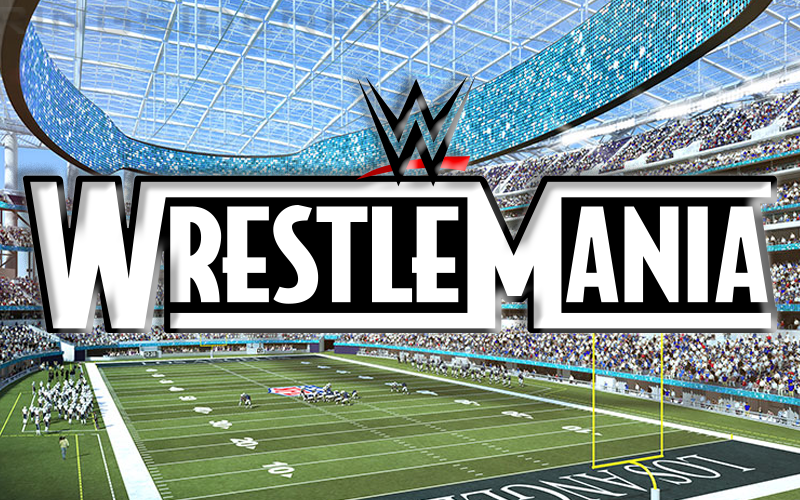 WWE has a lot of different options when it comes to where they throw their biggest event of the year. Cities bid on hosting the event because of how much outside money and attention it brings to the city.

It was previously reported that Los Angeles and their brand new stadium is a front-runner to host WrestleMania 37. It is said that they want to use Mania as a tester before getting to host the Super Bowl.

Brad Shepard discussed a future WrestleMania 37 location during Oh, You Didn’t Know. The company is reportedly not even considering any locations right now. After all, that is a long way away.

“There isn’t much on the initial location of WrestleMania 37 yet […] No decision has been made yet regarding a location and to date. there is no concrete front-runner.”

WrestleMania 37 will happen somewhere. However, they are reportedly not discussing a location this soon. Los Angeles and their shiny new stadium might be hard to pass up, but WWE still has to consider a lot more before thinking about what city will win WrestleMania 37.