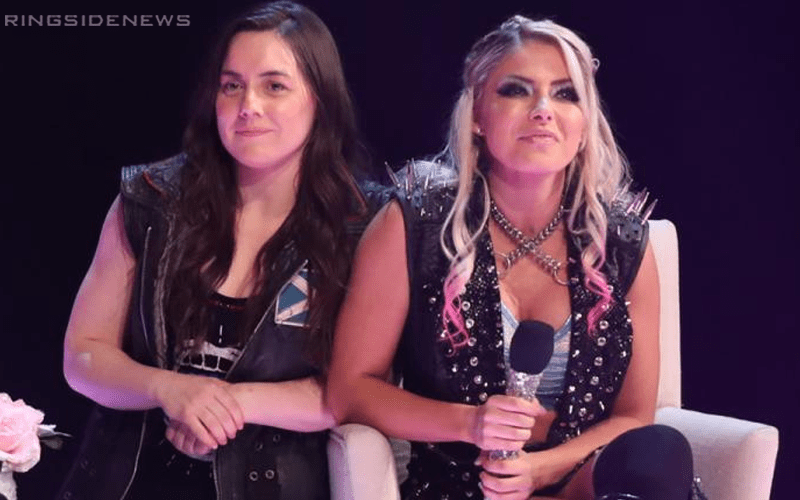 Now Bliss vs Bayley is set to take place once again at Extreme Rules. However, Alexa Bliss might not think it’s that big of a deal, or at least she’s not picking up her phone for Nikki Cross when she calls.

Therefore, Alexa Bliss will have a frantic voicemail from Nikki Cross informing her that she now has a big match on July 14th. Cathy Kelley asked her about this after she was very happy about winning Alexa her rematch at Extreme Rules.

Nikki called Bliss and left three voicemails. She had 12% battery on her phone, but she would be willing to hang up on anyone to accept a call from Alexa Bliss.

Kelley asked Nikki Cross if she thinks it’s fair that Bliss gets a title match after Cross won the match for her. She took a beat before saying that all that matters is that Alexa Bliss gets her title match. Needless to say, this could get interesting as we approach Extreme Rules.

Alexa Bliss doesn’t have the best track record with keeping friends after using them up. It appears as though Nikki Cross is her next victim, but she has yet to figure it out just yet.