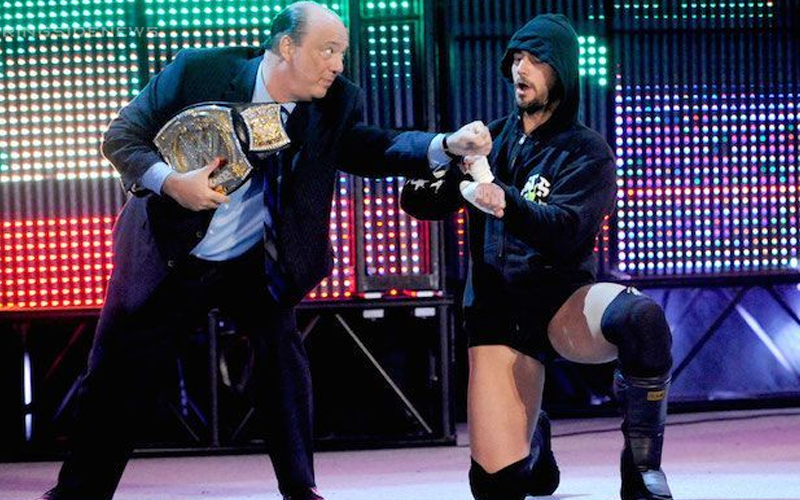 When CM Punk walked out of WWE there were a lot of fans who were very unhappy about losing the Second City Savior. WWE RAW booked a show in Chicago and the fans had all of the intention in the world of hijacking the show.

“Vince McMahon did not know that there was a move to ‘hijack Monday Night RAW.’ And the entire show was laid out including the Brock Lesnar/Paul Heyman promo and about 90 minutes before the show I went to Vince and I said, ‘Are you aware what we’re facing?’ We were just weeks before WrestleMania and I showed him on my phone just a sampling of what we were about to face on that show.”

Paul Heyman said that he and CM Punk see the pro wrestling industry much in the same way as the industry moves forward regardless of who isn’t around anymore. They did this for Bruno Sammartino and CM Punk would be no different. After all, “if the company doesn’t move on then what have we built?” Therefore, CM Punk understands how things work and Paul Heyman had a plan.

Heyman said that the object of the show was to promote Brock Lesnar vs The Undertaker and he brought it around to CM Punk losing to the Undertaker when it all seemed to fall apart for Punk and Heyman after that. So Paul Heyman came up with a plan to blame it on the fans as he further explained to McMahon:

Paul said that his plan was to say he wishes CM Punk was there at RAW that night which brought Vince McMahon to question it, but Heyman turned it all around saying that he was going to blame it on The Undertaker. Paul Heyman asked Vince McMahon to trust him with 15 minutes of the show so the crowd could get all of their CM Punk chants out and then they’d pay attention to the rest of the show.