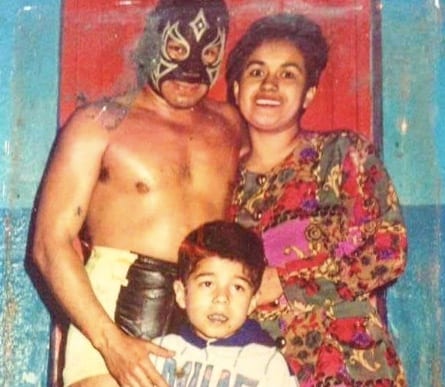 The personal issues that WWE superstar Andrade has been through in recent weeks have been well documented, with it being confirmed that the former NXT Champion lost both his mother and aunt within a matter of days.

He has been open in paying tribute to both on social media since then, whilst also thanking the fans for the way in which they’ve been able to support him through this incredibly difficult time. He has also thanked his girlfriend Charlotte Flair, who has been by his side every step of the way.

Now, as he prepares to dive head first back into the chaos of a regular WWE travelling schedule, Andrade has taken the time to reflect on what he’s been through and pay tribute to both of his parents.

A lot of fans have called for a babyface turn in the wake of this news, but let’s face it, none of that really matters. All that matters is that he is on the mend and is starting to move forward, which is all that you can ask for given the circumstances.

Andrade is one of the most naturally talented performers in all of professional wrestling today, but even with that being the case, we’d be happy to see him take even more time off if that’s what is best for him and his health.

Either way, it’s been great to see how the WWE Universe has come together in the name of supporting Andrade through such a difficult time.