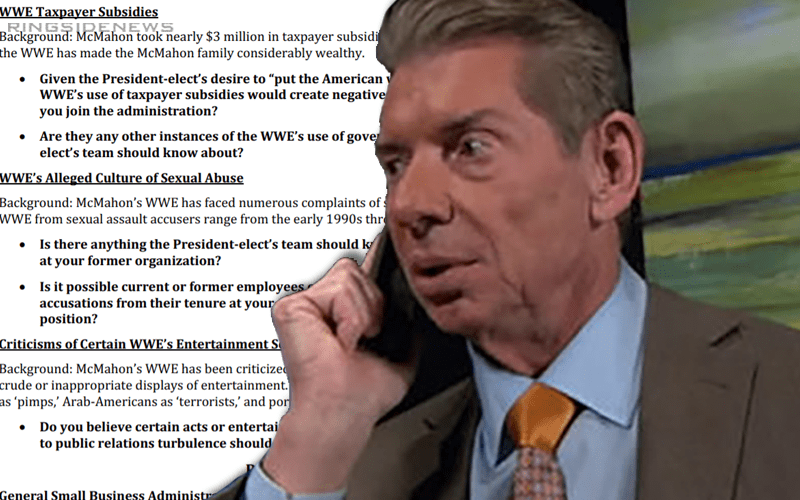 McMahon’s vetting document has recently surfaced online and there are quite a few notable points to consider. WWE has their fair share of skeletons in the closet and a lot of them were pointed out in great detail.

Through the course of their investigation, some major red flags were raised and pointed out. We have collected a few of those which you can see below.

Some of these red flags include:

There are also plenty more alarming facts that were brought up about Linda McMahon in this recently surfaced document. From using tax payer subsidies to putting on controversial television content it is all here in this lightly redacted document.

McMahon’s continued support of Donald Trump was also highlighted in these documents to show that she would be a loyal fit for the administration. They also dove much deeper into all of the allegations against WWE and the McMahon family in this vetting document.

One particular portion details the history of sexual abuse allegations against WWE which name drops a couple of well-known Superstars that might trigger some fans’ memory of these situations.

You can click here to read the entire document.

Thanks to Brandon Thurston for making this available