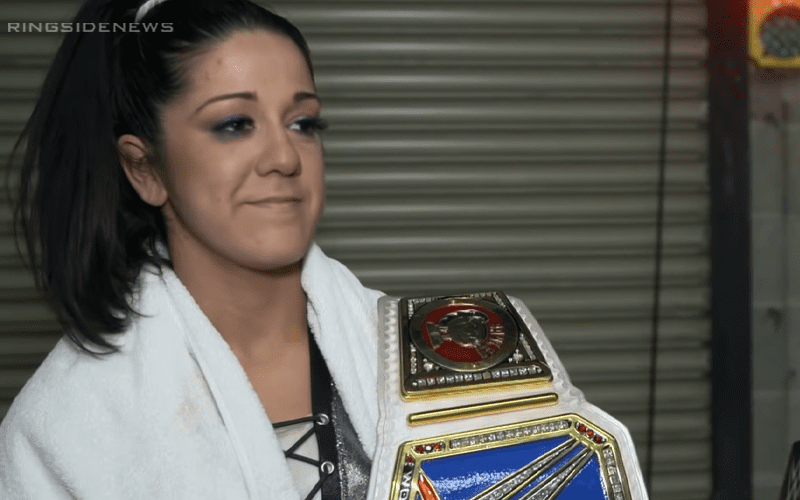 Bayley won her match a Stomping Grounds which means she is still SmackDown Women’s Champion, but she doesn’t want to remain champion without anyone to face.

After winning her big match, Bayley was asked who she wants to face next. She had a lot of answers from Liv Morgan to Ember Moon. Bayley is up for the task to take on any of her fellow Superstars on the blue brand.

“Liv Morgan — where you at? Come on. Come on, dude. We have a lot of history with The Riott Squad, let’s see what you got all by yourself. Ember Moon, she’s good. We had a little Mixed Match Challenge action. Peyton Royce, Billie Kay, Kairi, Asuka, whoever. Charlotte… any time, any place, anywhere. Woo!”

“I’m going to be the champ for a long time, so it don’t matter.”

Bayley seemed very confident after her match against Alexa Bliss, and why shouldn’t she have been? She did fight hard to overcome both Alexa and Nikki Cross.

However, Bayley might not need to get too cocky because you never know if her next challenger might have a big enough fire lit under them to topple The Hugger.