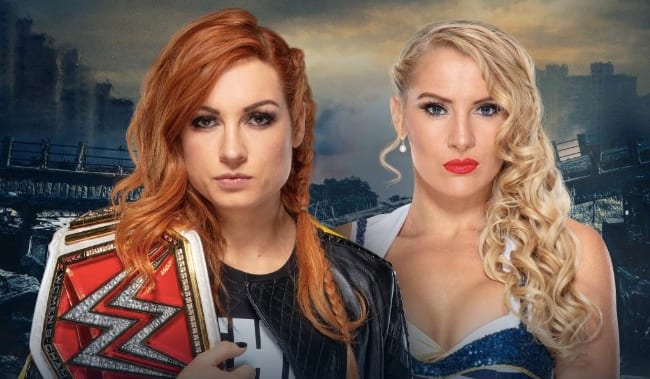 As seen on Sky Bet, the betting odds for the match between Becky Lynch & Lacey Evans at WWE Stomping Grounds have been released.

A lot of fans believe that Lynch has lot a great deal of the momentum she built up for herself in the lead up to WrestleMania 35. Of course, that’s all a matter of personal opinion, but her triumphant win in the main event certainly didn’t feel as big as it could’ve done given the material they had to work with.

Now, having already defeated Lacey Evans, Becky will have to try and do so again – in a rematch that many members of the WWE Universe wish wasn’t happening.

But it is happening, and you just know that both women are going to give it their all in the name of putting on a show for the fans. With that in mind, we can reveal that Becky Lynch is the 2/5 favourite to retain the RAW Women’s Championship with Evans being a 7/4 underdog.

Those aren’t the longest odds in the world for Evans, which is a testament to how well she’s done on WWE programming over the course of the last few weeks. She’s one of the most believable heels on the women’s roster, which isn’t an easy thing to accomplish.

The hope is that Lynch will retain the championship and move on to bigger and better things, but given how unpredictable WWE has been over the last few years in big title matches, you just never know.