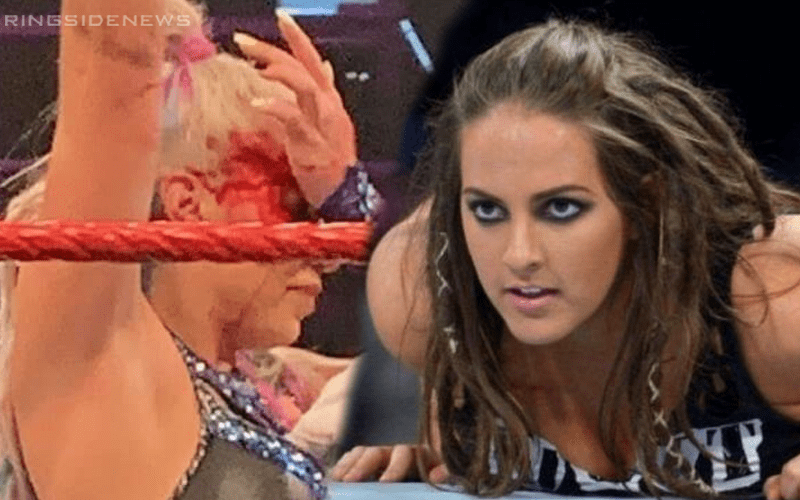 Sarah Logan and Dana Brooke threw down during main event this week. It was a typical match until things went wrong in a big way.

Logan kneed Dana right in the back causing her head to smack off the post and then the blood started pouring before the match was called off. As Sarah Logan saw this replayed on Main Event, she commented saying that if she could have this to do over again she would have done it slower.

This caused Dana Brooke to respond by saying:

Oh hunny YOU are lucky they stopped it, I know you love war but when I taste & see blood, a WHOLE OTHER ANIMAL is let loose! Let’s just say they did you a favor & you have been warned! This scar will always remind me I AM AFTER YOU! Let the WAR begin

Sarah Logan replied by saying that next time she sees blood she won’t stop until Brooke isn’t moving anymore. It sounds like the war is just beginning between these two. Perhaps this accident in the ring has brought both Brooke and Logan some attention that they both really needed.