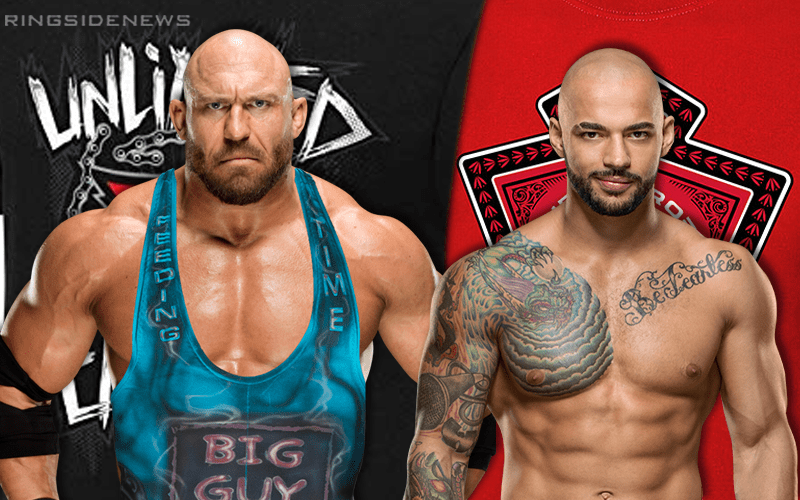 WWE has a lot of ideas floating around and sometimes they like to go back to the well if they really like a concept. Some fans are noticing that WWE might have recently done this for their merchandise.

The company recycled an old Jon Moxley promo that he rejected last year when he was still Dean Ambrose. This week Elias got to cut that promo on the Los Angeles crowd that WWE was still apparently very fond of.

Ricochet has some new merchandise that some fans might really like. However, others are a bit more critical. Some have even gone as far to throw out the notion that the new Ricochet “R” looks very familiar.

While there are only so many ways you can write a letter, the fact that both Ricochet and Ryback are using the “R” by itself is noticeable for some fans and they are calling the company out about it. This is nothing that either The One And Only nor The Big Guy had anything to do with, but someone might have done it on purpose.

It should be noted that the context of the “R” in the new Ricochet shirt is to symbolize the word “are,” but it is still interesting for some members of the IWC.

We’d love to hear your opinion on this issue in the comments below.