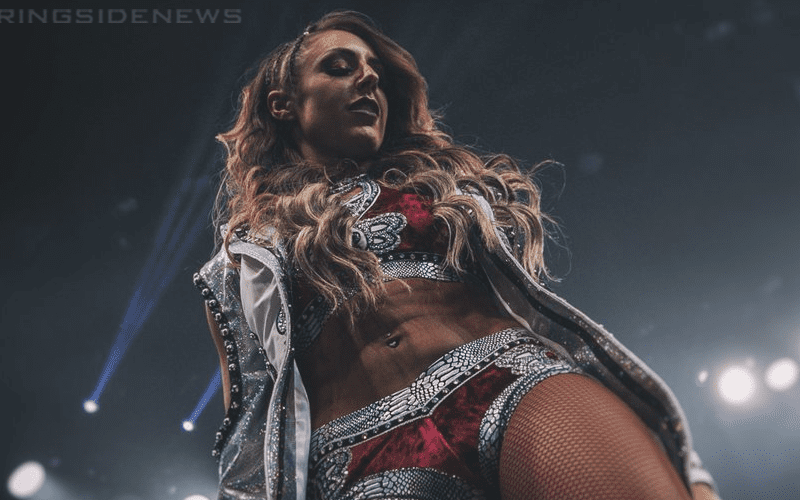 Britt Baker very well could become a top performer in AEW’s women’s division. She has a lot of experience on the indies and she is very talented in the ring. The fact that she picked up the win at AEW Double Or Nothing in the fatal four-way match is also a very good sign.

Baker recently took on Dylan Bostic at an indie event in Pennsylvania. The subject of intergender wrestling is s sticking point for some fans so they might not appreciate what happened, especially the fact that Bostic whacked her in the head with an unprotected chair shot.

We previously reported that Bostic did the same thing to Ryback. He’s actually kind of made this his gimmick. He won’t necessarily take a swing at someone with a chair, but he will throw it full-force right at his opponent’s skull.

When Dylan Bostic tweeted out that Britt Baker was “dead,” Baker had a pretty great reply.

“I prefer ‘off to a better place'”

AEW is certainly seemingly like a better place for a lot of pro wrestling fans. Interestingly enough there are quite a few WWE Superstars who have also called up AEW recently. We’d love to hear your thoughts on this spot in the comments below.