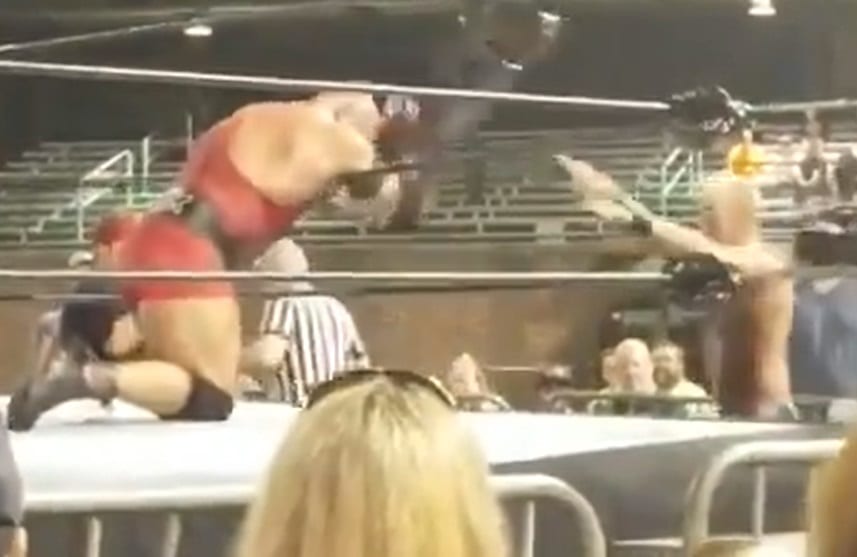 Ryback left WWE because they weren’t paying him what he thought he deserves. His idea was win or lose, it’s all scripted so people should be paid around the same amount. Since WWE’s pay structure didn’t set right with him, he left WWE a couple of years ago and it seemed to be a mutual parting of ways.

He doesn’t wrestle as much as he once did, but Ryback is still known to pick up an indie wrestling gig every now and then. He faced Dylan Bostic this Summer, and things did not go well for Bostic at all at the Wrestling Under The Stars event for Northeast Wrestling.

But on his social media, Dylan was quick to post a clip to bring back the memories of that match. With the caption reading “thug life,” Bostic bragged about hitting Ryback in the face with a steel chair when Ryback might not have seen it coming.

Ryback’s last opponent for his final three matches was actually Bostic. He hasn’t wrestled since August 25th and has been concentrating on other projects. But getting a chair shot to the face like that might have reminded the 37-year-old Ryback why he doesn’t wrestle as much as he used to.