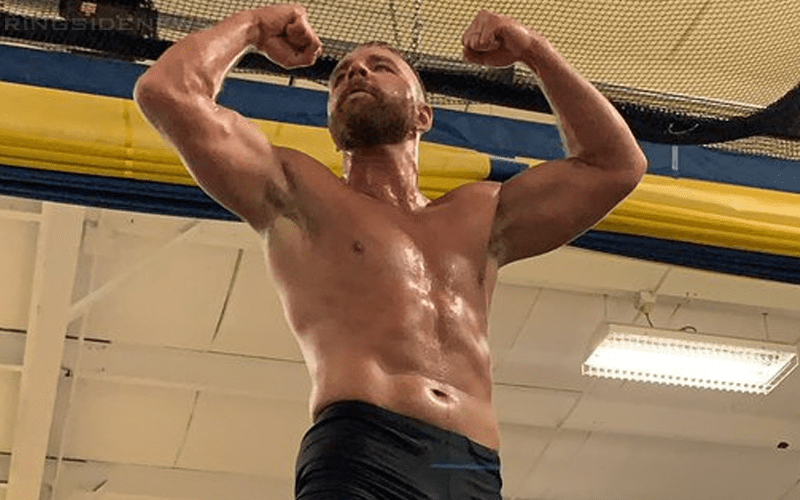 Jon Moxley competed in his third match since leaving WWE against Darby Allin. Although they are both AEW stars, this match took place at the Northeast Wrestling “Brass City Brawl” event.

After a twenty-minute match which saw Moxley winning with his double-underhook DDT, he cut a promo to the live crowd.

This was not a scripted promo and came from the heart as Mox is now getting his first real taste of the indies after his first two matches were on big NJPW stages.

“That was one crazy match. Because Darby Allin is one crazy bastard. You guys are fortune enough to be in a high school gym like this tonight to see independent wrestling, up close and personal, with the most passionate types of wrestlers you’ll find anywhere in the world right now.”

“I didn’t even know who this guy was before this week, but I’m telling you right now, you better be damn grateful that you got to be here tonight and witness Darby Allin. Sometimes, crazy equals money, and Darby Allin is going to be a big star real soon.”

A really cool part of this event was that Renee Young was in attendance because she was also advertised for the event. You can check out footage of her in the ring below as she introduced Flip Gordon.

Mox and a slew of other top names on the indies will be working another show tonight at Six Flags Great Adventure in Jackson, NJ. This show will also be free for anyone who buys admission to the park.