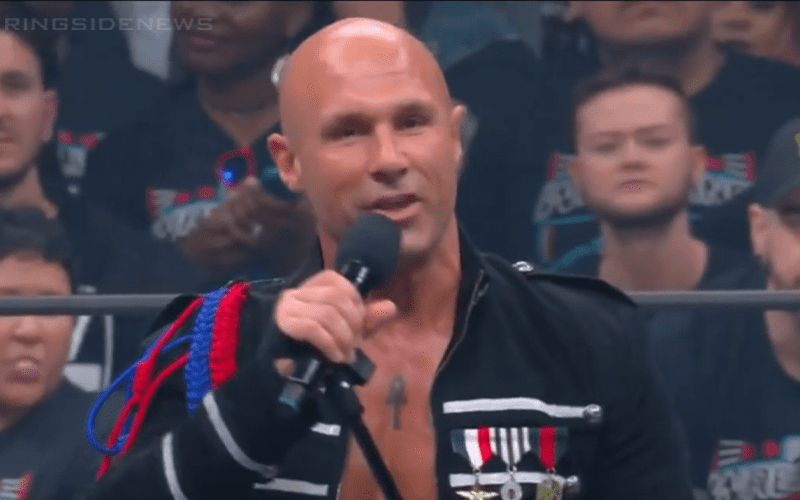 Christopher Daniels is a part of SCU and it’s hard to imagine Being The Elite or AEW without them at this point. Daniels, Frankie Kazarian, and Scorpio Sky had some plans in ROH before AEW was ever a reality that would have seen Daniels wrestle his last match.

As he spoke to Talk Is Jericho, The Fallen Angel revealed that he was actually supposed to transition out of the ring last year. However, he soon realized that 49 is just a number and he doesn’t want to retire so soon.

“When we started, this was before any idea of AEW. For 10 1/2 months of it, there was no possibility that we’d go anywhere else. When we pitched the idea, the original idea was that it might be my transition out of the ring.”

“My idea in January 2018 was Frankie and Sky would be there, I wouldn’t get my contract renewed, and I would return as whatever the authority figure was going to be. I thought, ‘I’ll be 49, that’s a good number to transition out of the ring.’ Now, I am 49, and I realize, ‘I don’t want to get out of the ring.'”

It is a very good thing that Christopher Daniels doesn’t want to retire so soon. He is still in great shape and he is also set for a big match against Cima at Fyter Fest.

Although everyone must retire eventually, it’s not something that Christopher Daniels seems to be thinking about anymore. Because now that he’s a part of AEW it is obviously giving him a whole new list of goals to achieve.