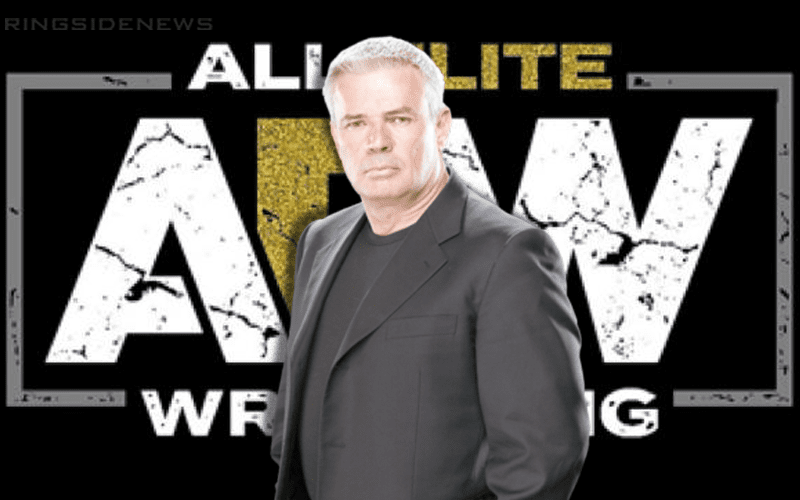 AEW is opening their doors and they need as many good minds as they can get. One person who a lot of fans have mentioned is Eric Bischoff.

Of course, if AEW wants to stay as far away from the idea of being a newer version of WCW as possible they might want to stay away from hiring too many people who were around during that company’s time in the spotlight. It is hard to argue that Eric Bischoff wouldn’t provide a very good mind to bounce ideas off of.

On a recent episode of 83 Weeks, Bischoff was asked if he would accept a job opportunity with AEW if one was offered to him. It’s not an easy question to answer because a lot of those determining factors have not been really been made know. However, it is a very interesting idea to consider if their plans meshed with something Easy E could bring to the table.

“That is such a hard question to answer. Obviously, any opportunity in a business that I have been involved in for the past 30 years would definitely pique my interest. So much of it depends on what I don’t know. What are AEW’s goals? What is their strategy? What are their plans? What are their 5-year business plans? I have learned the hard way that if you really don’t have a plan that has been well vetted and really thought through the chances of being successful are minimal. I really don’t want to be involved with something that is really not well planned.”

Nothing has been offered to Bischoff from AEW, and it might not be likely. However, Eric did make some very good points in his response. We don’t know what the future will hold for any company at this point as the pro wrestling landscape continues to shift Things are certainly getting more interesting so eventually AEW might be in a position to consider what Eric Bischoff might be able to offer them.

Quotes thanks to Wrestling inc