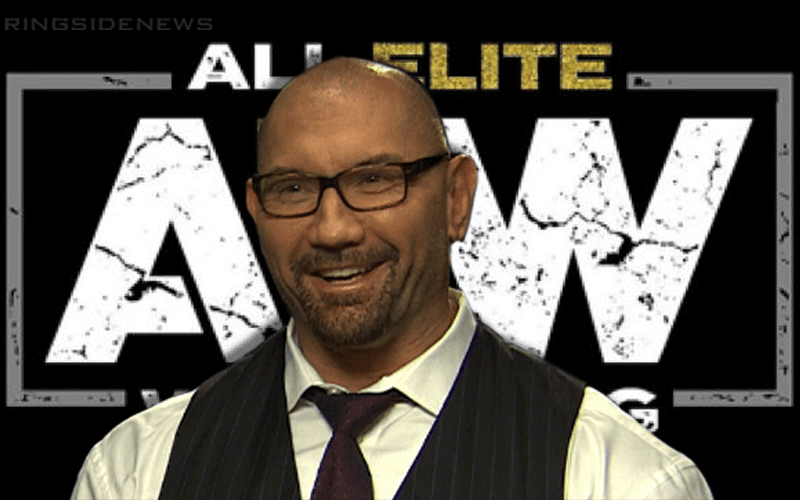 Batista is no longer wrestling at all. He had his final pro wrestling match against Triple H at WrestleMania 35 and he was very happy to hang up his boots after that. However, he’s still well aware of what AEW is doing.

While speaking to Chris Van Vliet, The Animal revealed his opinion of All Elite Wrestling. Although they will be competition for WWE it will be a very long time — if ever — until they will actually be able to give WWE a run for their money.

“I believe that competition is always good, especially in the sports entertainment industry, okay. I really support them.”

Dave Bautista has one project after another, but even if those all dried up he said that his days in the ring are done. He will still be watching as will the rest of us to see what AEW’s next steps are.

It is important to remember that The Elite never started AEW to beat WWE. They only wanted to be an alternative. Hopefully, they will be successful and encourage WWE to step up their game as well to create another booming time for everyone involved in pro wrestling.