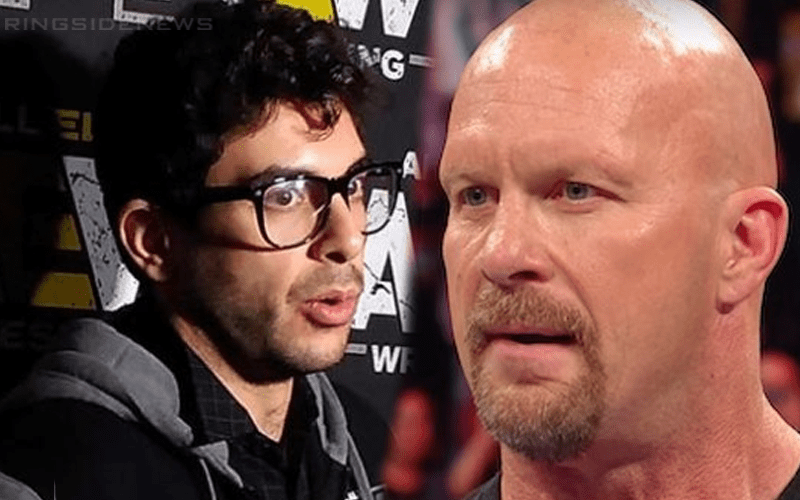 Steve Austin’s podcast has been on hiatus recently and they’ve been running weekly classic episodes. However, he’s coming back now and it will be with a bang.

The Rattlesnake is set to interview AEW President Tony Khan on his return to the airwaves.

This very special episode of the Steve Austin Show will air on June 18th and will probably be a must-listen. We will provide any notable information found in the interview right here at Ringside News, but it still might be a bit surreal listening to the voice of WWE’s Attitude Era and a voice behind the creation of AEW on the same podcast.

Steve Austin also has an interview set to debut on the USA Network in the Fall. So there is going to be a lot more of Stone Cold on television. This is certainly an interesting guest for Austin to have on his airwaves.

We can only imagine what Vince McMahon would think about this. On the other hand, you also have to wonder what Austin and Khan might end up discussing when the microphones are off.