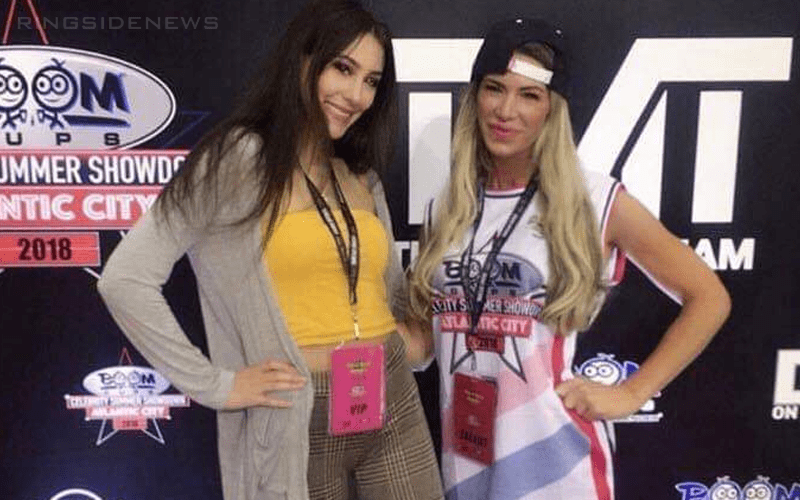 Ashley Massaro sadly took her own life, but the pro wrestling world rallied around her daughter Alexa in the process. Several of Ashley’s former co-workers set up a GoFundMe with the explicit purpose of raising money for Massaro’s education. Now that huge goal has been reached.

Mick Foley donated $5,000 himself and raised money through selling special edition Cactus Jack t-shirts. He also promised to travel to anyone who donated $5,000 and watch a pro wrestling event with up to 10 people. There was also a ton of Superstars and other personalities who donated big including tons of fans.

Mick Foley had great news to announce yesterday as they reached their lofty goal.

YO ASHLEY…WE DID IT!
May this fund for your daughter Lexi assure that your magnificent light will continue to shine.
Thanks to everyone – the 2,800 who donated, and countless others who created awareness – for making this happen. My heart is full!

Of course, this won’t bring Ashley Massaro back, but it will ensure that her daughter has the funds needed to get an education so she can pursue a much better life for herself.

Alexa Massaro’s step-sister cleared up the situation to let everyone know that Alexa isn’t alone, but this generous gesture from 2,800 people who cared enough to donate certainly helped out too.