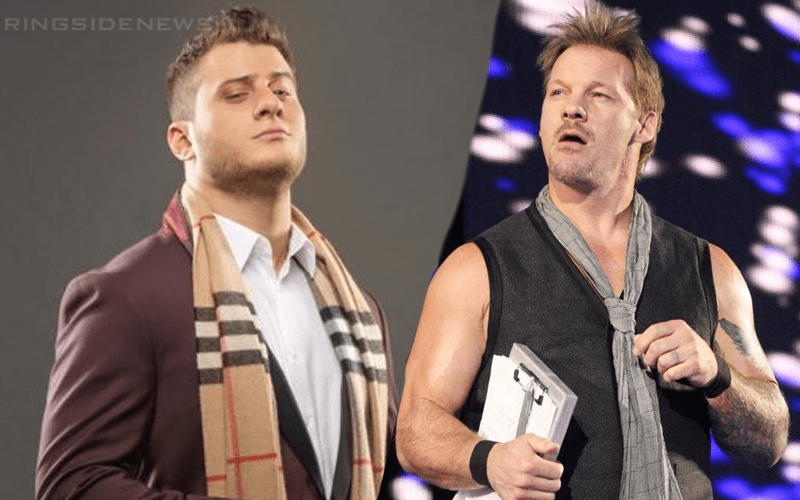 AEW All Out sold out in fifteen minutes. That’s a pretty amazing accomplishment for AEW’s second official pay-per-view event. Now two of the company’s biggest heels are fighting over who gets credit.

MJF tweeted out: “15 minutes. I did it” after the AEW All Out sell out. As we previously reported Chris Jericho took credit for the sell out almost as soon as the announcement was official.

Therefore, when Y2J saw this tweet from Maxwell Jacob Friedman he just had to say something about the gimmick infringement. He also needed to finally comment about that scarf that MJF has made his own as well.

Sorry kid. You already stole the scarf gimmick, let’s not go 2 for
2.

Jericho was famous for wearing overly-priced scarves in WWE and now MJF is rocking the Burberry. This was a very clever retort, but we’re just lucky to be fortunate to witness such great heel work at play.

MJF wouldn’t let this reply from Y2J go unanswered as he had his own epic heel reply.

Awwww so proud of you for figuring out how to use Twitter dad! How about you focus on your match with seabiscuit… maybe you can use the winners purse to buy another leather jacket at hot topic 😊 #Betterthanyou #talentovertenure

No matter who’s taking credit for All Out’s sell out it’s still a very good sign for AEW.