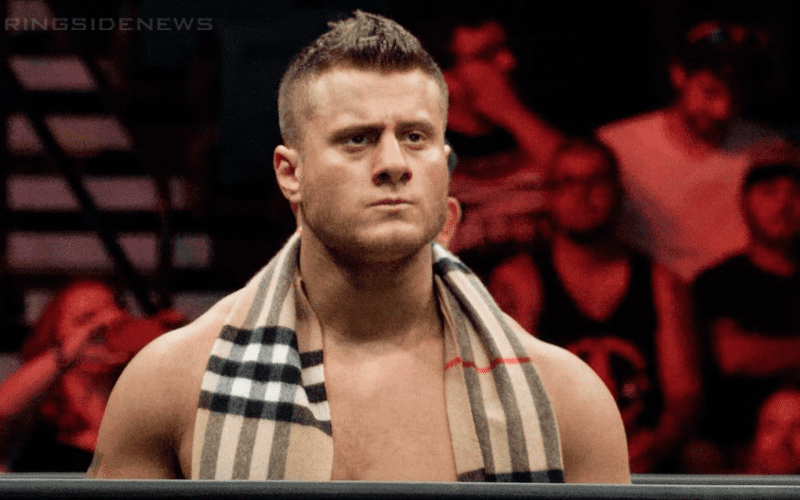 AEW’s roster has some incredibly talented wrestlers on it, but few have captured the imagination and attention of fans quite like Maxwell Jacob Friedman. Then again, we’re wasting our time trying to put him over because MJF knows how great he is and he doesn’t care what we have to say about him.

MJF posted a picture to hype that All Out tickets are going on sale tomorrow. He said “good luck” along with some LOL emojis. Then one fan made the mistake of asking MJF what the joke was all about. Needless to say, The Salt Of The Earth replied in a big way as only he can.

The joke is your fat fingers aren’t going to be able to click buy fast enough before it sells out! Lol you aren’t getting a golden ticket wannabe Charlie Bucket.

AEW All Out will be a massive show and we’re just judging that by the two matches they announced already. Jon Moxley vs Kenny Omega was just confirmed for the event which will probably make those tickets even harder to come by.

So good luck to everyone and their “fat fingers” as MJF so gracefully put it. We will continue to provide complete coverage for the upcoming event right here at Ringside News for everyone regardless of if you have a golden ticket or not.