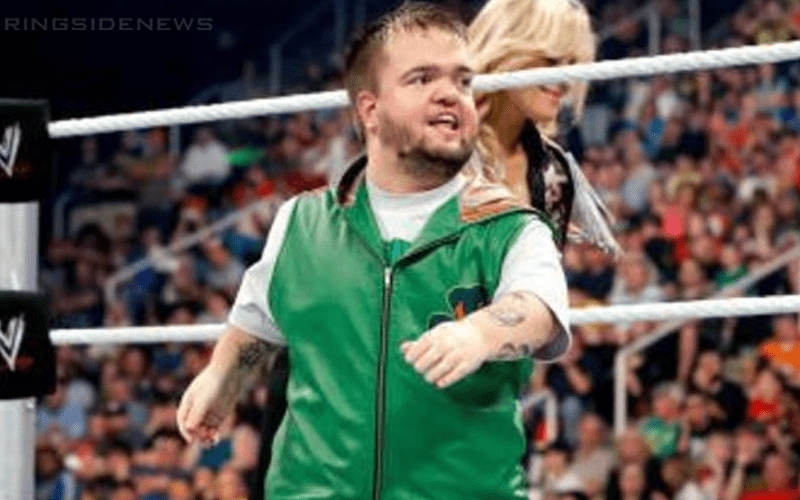 Hornswoggle went through a ton of different gimmicks during his time in WWE. He was everything from a leprechaun to the RAW Anonymous General Manaer. He even spent a stint as a member of DX and as Vince McMahon’s illegitimate son.

Swoggle recently spoke to Wrestling Inc where he explained that he lasted two weeks shy of a decade in WWE by staying under the radar. He would do anything creative had for him and didn’t contest anything. Because he realized it was all a show and he appreciated every opportunity he received.

“Nah, I flew under the radar as much as I could. I was happy to be there for two weeks under 10 years so I didn’t grind that many gears … When I get home, I’m not dressed in a cow costume playing catch with my son. You can’t take yourself too seriously when you’re going in front of 80,000 people in your underwear. You’ve gotta realize this – you could be working at Burger King or working for the biggest wrestling company in the world. …I get to travel the world in front of thousands of people and get paid for it. It’s pretty awesome.”

Swoggle is still working the indies and he’s a bright point for pretty much any event he’s a part of. He obviously realizes that all of that wouldn’t have been possible without his time in WWE.

So even though he might not have been involved in the most groundbreaking angles, he will always remember that time he had in WWE and everything it was able to give him despite the occasional bad booking.