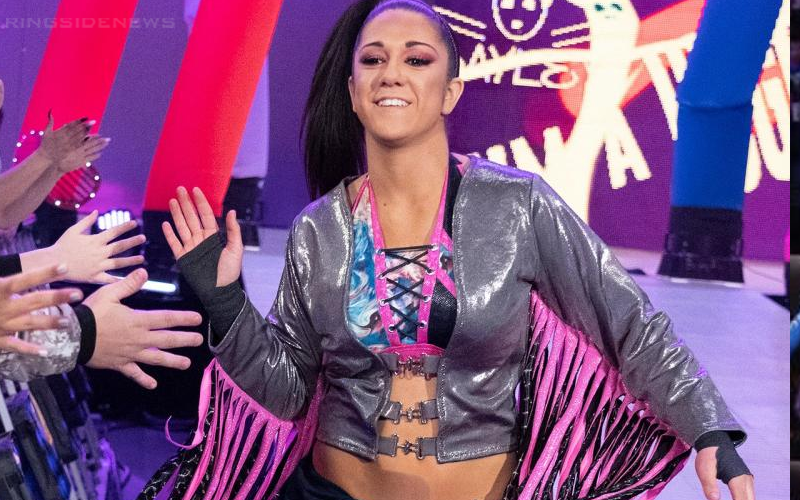 205 Live brought another action-paced show last night after the blue brand wrapped things up. It turns out that they had a big fan backstage rooting for them in Bayley.

“205 Live is my favorite,” Bayley tweeted from backstage while she watched the Cruiserweights in action. She also commented how “literally everyone on their feet” for Oney Lorcan, Drew Gulak, Humberto Carrillo, and Akira Tozawa’s match last night.

It’s great that Bayley is a fan of 205 Live because even though they might not have a ton of people staying to watch the show after SmackDown Live they at least have a Hugger watching from backstage. They were in California last night, so at least it was earlier than most weeks due to local time being on the West Coast.

As we previously reported, they booked a big WWE Stomping Grounds match last night during 205 Live. We’re sure Bayley will be paying close attention to that match as well.