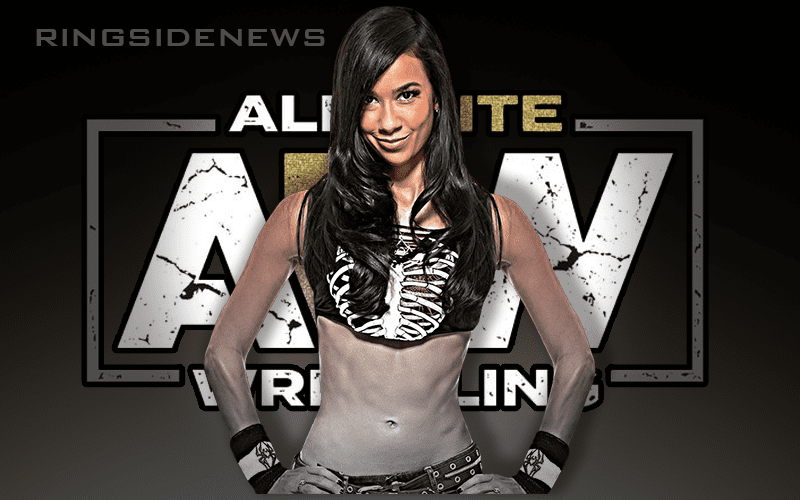 AJ Lee left WWE shortly after WrestleMania 31 and she bid farewell to pro wrestling. She has since released an autobiography and has gotten very involved in charity and other things. She has kept herself very busy, but a pro wrestling return isn’t anything she’s even hinted at.

There is a rumor going around that AJ Lee signed a three-year deal with AEW and she will be debuting when their television show starts on TNT in the fall. Please don’t believe this.

This report is false. Several of our awesome readers have emailed us asking if it was true with a link to the “report.” This came from an account that is known for spreading incorrect information.

You can never say never in pro wrestling. AJ Lee didn’t retire because of injury, she just simply retired. Yes, having her in the AEW women’s division would be epic, but at this time we have heard nothing about this report being true at all. Nobody credible has reported this story or even given a hint that it is a possibility at this time.