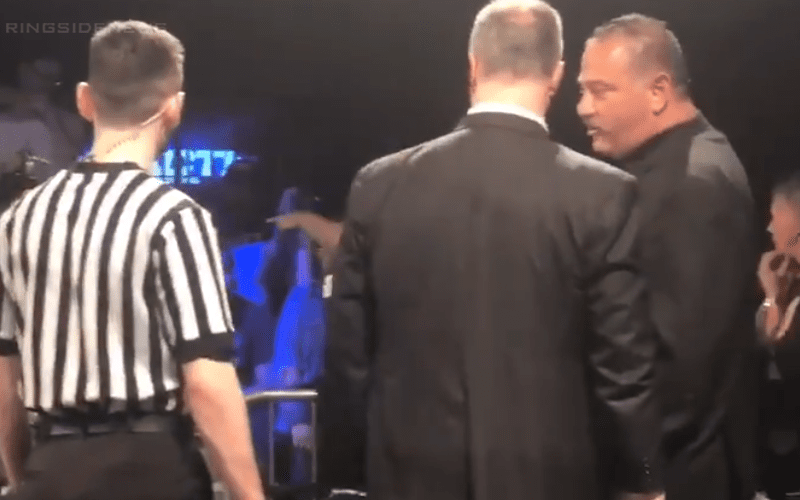 Impact Wrestling has enough issues so they don’t need fans messing up their events. ROH recently went through an ordeal with an unruly fan, but they let him stay. However, when this happened to Impact Wrestling recently they made the decision to kick a fan out instead.

Apparently, this fan was standing up in the front row and yelling things all night long. He verbally buried every match in the ring and all of the performers’ moves. He was pushing on the barricade and the he started pushing against Don Callis’ back as well. This was not a wise move.

Security asked him to sit down, but then when he obliged this fan decided to pull out his phone and just start recording the whole show from his seat.

Someone asked him to put the phone away because they aren’t allowed to record what is happening in the ring during a television taping. When the fan came back at them saying that it didn’t say “no recording” on the ticket they kicked him out after three warnings.

While security led this guy off the crowd sang the “Na Na Na Na Na Goodbye” song that everyone loves, but nobody wants to have it directed at them.