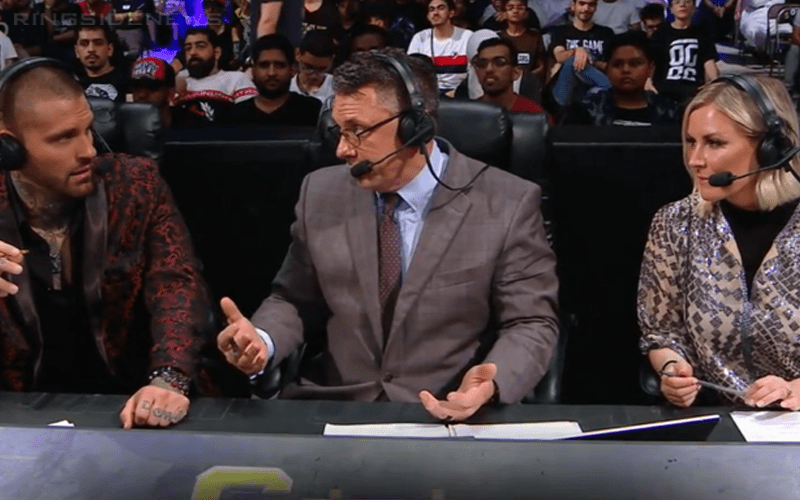 WWE announcers use a significant amount of interesting verbiage while on commentary. Some things they say don’t make much sense, but other times they are only saying something because Vince McMahon is telling them to.

Fans watching the WWE Super ShowDown noticed that Michael Cole was saying “shooting the half” all of the time. Except they weren’t calling this move correctly because they would it say pretty much any time someone rolled their opponent over.

One fan asked Dave Meltzer why they are saying this and he had a very interesting response: “Shooting the half is a Vince term that he screams in announcers ears.”

This is very interesting to know. It seems that they are only making these calls because Vince McMahon orders it. So the next time they incorrectly make this call you know exactly where it’s coming from.