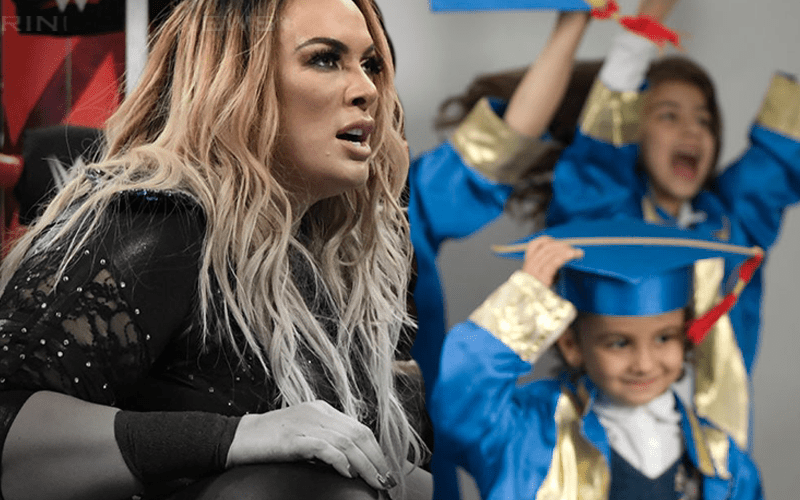 Nia Jax doesn’t let something sit on her mind for long without voicing her opinion. She recently noticed a tradition that’s been going on for a while and just has to comment because of the absurdity of it all.

Kindergarten graduations are a thing and that blows Nia’s mind. She wonders why it became such a big deal that kids are going to first grade. After all, kids didn’t always get a big ceremony when they completed kindergarten considering the high pass/fail rate.

We are actually happy that Nia Jax posed this question because the entire ceremony does puzzle a lot more people than you would think. We would love to hear your opinions on the subject in the comments below, but if you ask the Irresistible Force it doesn’t make much sense.