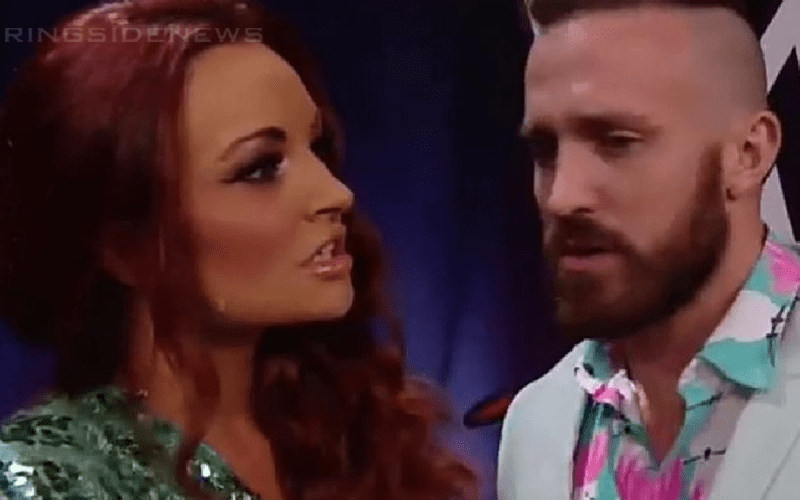 Maria Kanellis might be teasing that her and Mike Kanellis are on their way out of WWE in two weeks, but that’s not the only rumor going around about the couple.

Kanellis recently had to fire back at some lies going around about her husband Mike Kanellis. He was addicted to pain pills, but he did not go to rehab. This is something that people haven’t been able to comprehend as they say that he didn’t really have an issue nor is he in recovery.

Needless to say, Maria had a response all ready for those doubters.

Hello uninformed people: 1. Mike never went to rehab. Mike stayed on the road during his recovery. No one paid for it. 2. If women did not have babies there would be no people. 3. Get your facts straight before commenting with your irrelevant ignorant nonsense.

This might clear some things up for doubters, but it’s hard to convince people of anything when they just don’t want to hear it.

Either way, it’s still great that Mike Kanellis seems to be feeling good and is clean as well. He’s in the best shape of his career too which is an understatement as he continues on 205 Live for now.