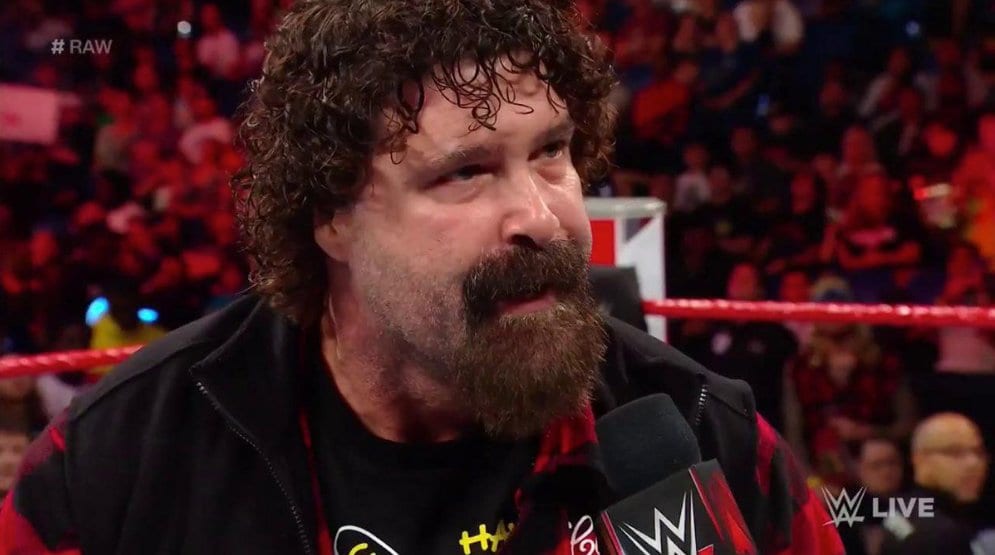 One of the thing that you can always count on with Mick Foley is that he’ll make a big entrance, whether it be during a local booking or when he’s returning to RAW in order to announce the creation of the 24/7 Championship.

He’s the kind of legendary figure that can pull off just about anything, even in the present day with his reduced mobility.

Over the course of the weekend, Mick flew to the UK in order to take part in a show with Paige’s family in Norwich.

The show took place at Norwich City Football Club’s Carrow Road stadium, with around 4,000 fans reportedly being in attendance. Mick, being a friend of the family, was scheduled to make an appearance.

As you can see in the details of the clip, Foley was set to walk out to the ring – only for it to be announced that he was in the loo! Isn’t pro wrestling on the indies just magnificent sometimes?

The answer is obviously yes, but either way, we’re happy to hear that the show was seemingly a success. The Knight family have been grinding hard for longer than most of us have even been watching wrestling, so to see them put on a show like this really is great.

Mick continues to make a variety of appearances around the world, both at shows themselves and during his own ‘An Evening With’ specials. Hopefully, as the years go on, he’ll continue to be heavily involved in the weird and wonderful world of pro wrestling.