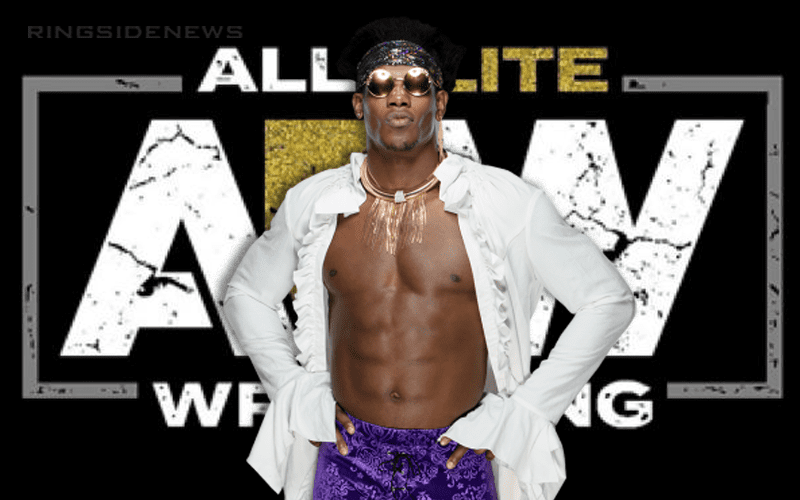 Velveteen Dream has let his words get him into trouble before and it looks like after NXT TakeOver: XXV that got the best of him once again. Because AEW is now a thing and Dream wanted to let them know that he isn’t shook.

If you want to read our complete NXT TakeOver: XXV results you can click here.

Dream defeated Tyler Breeze to retain his NXT North American Title at NXT TakeOver: XXV. It was a good match, but it wasn’t the best match of the night. On a WWE Network special where every match delivered in a big way it actually might have been on the bottom of the totem pole which is rare for a Dream match.

After TakeOver was over, Velveteen Dream tweeted out: “FOLLOW THAT AEW WRESTLING #DREAM.” You can see a screenshot of the tweet below.

Several fans reacted to it on Twitter and while their responses are still up Velveteen Dream deleted that tweet within an hour of posting it.

In fact, Velveteen Dream went even further as he continued to delete everything else on his Twitter account except for one post about his official merch being available on the WWE Shop.

We can only imagine that Velveteen Dream got some kind of message about this tweet saying that he might want to take it down. Or, perhaps he received a message from someone in WWE telling him to take the tweet down because they don’t need to be daring AEW to top anything they do at this juncture. Because after AEW Double Or Nothing they are capable of a lot more than WWE might have realized at first.

(Thanks to Brad Shepard for contributing)