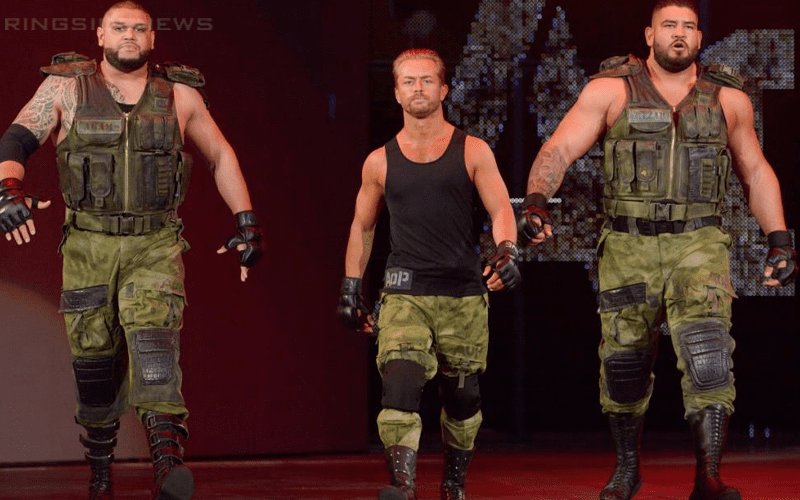 WWE could use some more established tag teams as their divisions on both rosters seem to be getting overlooked on a weekly basis. AOP is headed back to the ring so hopefully that will help.

Akam has been out of action since January when he went down with a knee injury. As we previously reported that injury is now passed him and he’s cleared for a return.

PW Insider reports that AOP is scheduled for SmackDown Live events in June. This is not only a good sign that they’ll be on television soon, but also, they will be on SmackDown Live.

Akam and Rezar are scheduled for Smackdown Live events in June, the first live events the team have worked since early 2019 when Akam suffered a knee injured and required surgery.

Right now AOP is just waiting for WWE creative to come up with something to do with them. There are a number of places they could fit in so hopefully, it won’t take long to find a spot for the former NXT Tag Team Champions.

The last time we saw Akam and Rezar they were RAW Tag Team Champions. Now that they’re on their way back it looks like AOP is switching brands too.