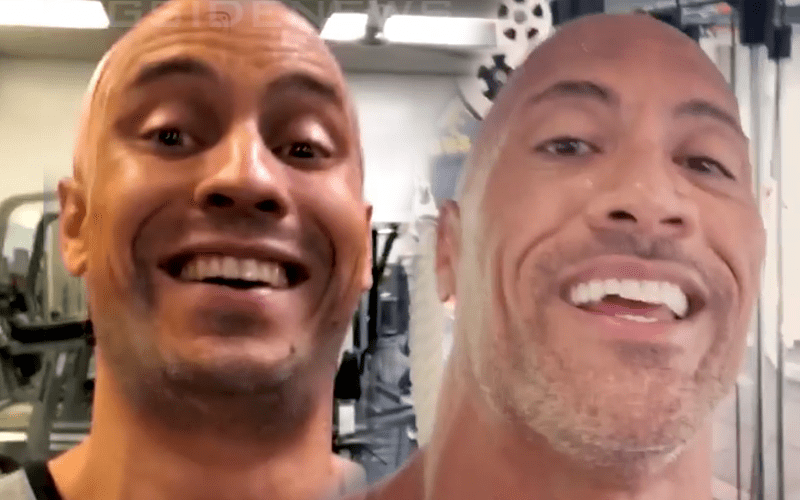 The Rock is always working out and moving from one project to another. He is also famous for plugging his own projects while he works out.

Brent Pella, a comedian based out of LA is becoming known for his impersonations. Not only can he pull of a great Eminem, but he can also do a pretty spot-on Dwayne Johnson.

The Rock’s gym updates are legendary on social media and Pella seems to capture them with his own take. Because if you’re going for an impersonation you have to go all-out.

He recently uploaded a compilation video that you just need to see if you’re a fan of The Great One and miss his charisma. Because Brent Pella doesn’t hold anything back from his take on The People’s Champ.