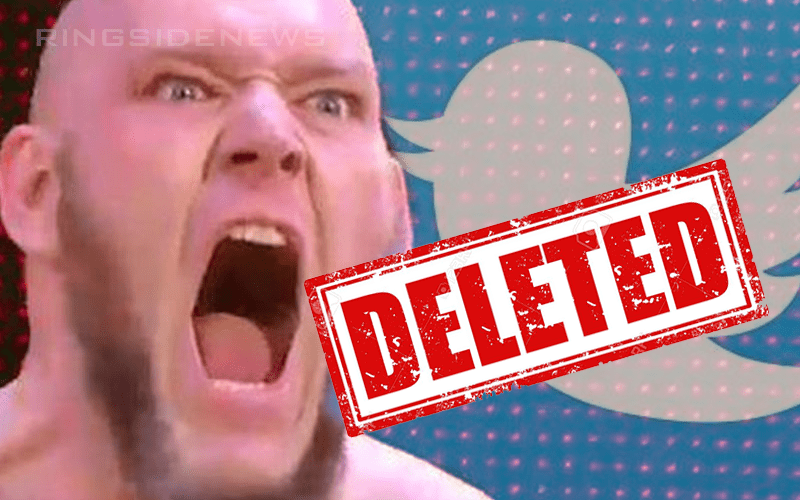 Lars Sullivan has been through a lot and he hasn’t even had his first actual match with WWE yet. That debut match is slated to take place in Saudi Arabia, but he won’t be plugging it on Twitter.

The Freak deleted his Twitter account today and a lot of fans are taken back by this move. Sullivan had previously locked his account with a private setting, but those who already followed him could still view his posts.

Now it appears that Sullivan is totally gone from Twitter as his account only shows up that it is no longer there. Perhaps he got tired of seeing his mentions filled with people bringing up his past or the fact that WWE fined him $100,000 for what he said years before signing with them.

Lars Sullivan didn’t delete his Instagram (yet) however, he hasn’t posted on that social media website since May 5th.