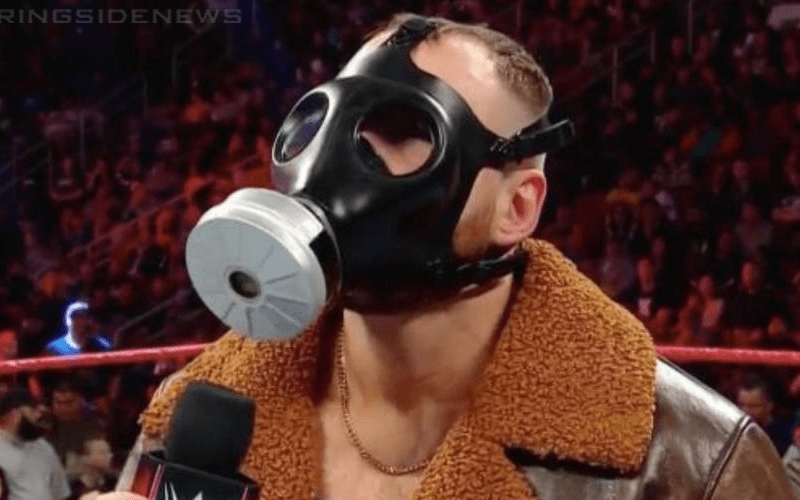 During Talk Is Jericho, Jon Moxley told a couple stories about what it was like to be Dean Ambrose. First, he told a story about the first day he looked at a calendar and actually started counting down the days until his WWE contract was up.

He said that he actually almost walked out of WWE because even though he knew that he wanted to leave in July 2018, it was a long time coming. He wasn’t going to quit, ask for his release, or try to get fired. He didn’t want to do that because his wife Renee Young works for WWE and he said it wouldn’t have been fair to put her in a position of awkwardness.

He said that he can remember getting out his phone and actually starting to count down the days until his contract was up during a Raw in LA. Moxley was a heel and he was experiencing a very low-point in his character’s development just before WWE stuck him with a gimmick that some fans refer to as Ambrose’s “Bane period” where he went to the ring dressed as the Batman villain.

After fighting with Vince McMahon about a pooper scooper line and then being convinced to take a shot at Roman Reigns’ leukemia on the same night he leaned on a road case backstage and was exhausted. This is when he knew he wanted out because of six years of trying to convince Vince McMahon why his ideas were stupid.

Vince McMahon would always come back saying that Dean Ambrose had a “creative license” to do what he wants because “it’s you!” This is when Mox had to wonder what kind of creative license he was talking about because all The Lunatic Fringe could do is recite the lines given to him by WWE.

Ambrose said when the show was over he got out of the building and made it to the hotel before he needed a drink because he had to fight all night and nothing got accomplished.

Then Moxley discussed former WWE Superstars who take shots at the current roster for not taking a chance or fighting for what they believe in because they are afraid of getting fired.

“I’ve never been afraid of getting fired and I’m not saying that because I’m so good or anything I’ve just never felt like me speaking up is going to lead to be fired. I’ve just never had that fear. I’ve always gone and given my opinion, you know?”

Moxley was able to take what WWE gave him to say for years until he finally wanted out. It was an eventful night what included the last straw, but now he is out of WWE and looking forward to what is to come.