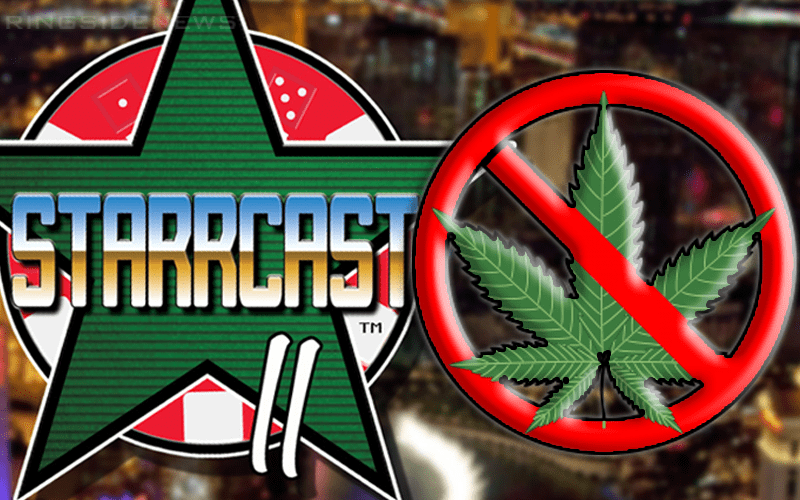 Starrcast is an event packed with all types of people. Some of those people enjoy a medicine called marijuana. Ron Funches and X-Pac also enjoy this medicine and they also love wrestling. Those two things have been a fine fit for generations.

They are throwing an event during Starrcast called “Get High & Watch Wrestling with Ron Funches and Sean Waltman.” That not only sounds like a great idea, but an excellent name for a traveling show.

Marijuana is legal in Nevada because they know how to vote. However, just because it’s okay for recreational use in Las Vegas doesn’t mean people can be lighting up or vaping during Starrcast.

There is no smoking of any kind (including vaping) during #Starrcast events. Thank you!

This was a great note for the people attending Starrcast who intended on stocking up before the Funches and Waltman show. Now they know that they’ll have to pack edibles since they can’t smoke anything during the event.