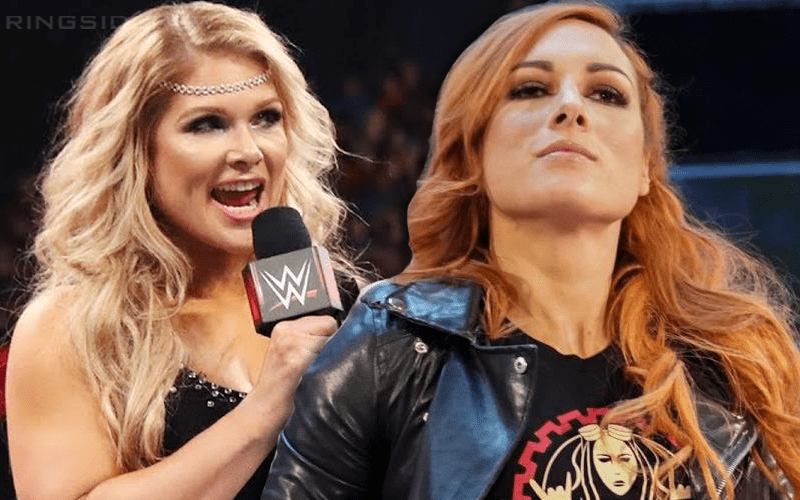 Becky Lynch dropped her SmackDown Women’s Championship at Money In The Bank. She might not be Becky Two Belts anymore, but she’s certainly not keen on letting go of her RAW Women’s Title either.

Beth Phoenix took part in WWE’s latest European tour where she had a very interesting moment in the ring with The Man. A fan captured a picture of Phoenix holding onto Lynch’s title and commented saying: “Awkwardness between Becky Lynch and Beth Phoenix in Liverpool.”

Phoenix replied saying that she was just trying to help Becky Lynch carry her title. This prompted a response from The Man where she offered to help retire the WWE Hall Of Famer once again.

You can retire yourself again, or I can do it for you. Let The Man know which suits you.

Beth Phoenix replied without using any words, but she did insert an animated gif from Star Wars.

So far The Glamazon hasn’t appeared on WWE television since WrestleMania, but it appears that Becky Lynch is extending an open invitation for Phoenix to try something if she feels like being retired again.