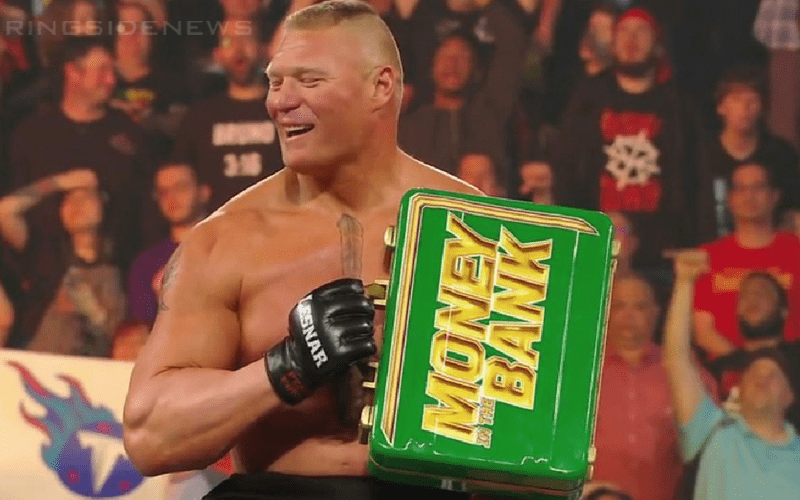 WWE’s 2019 edition of the Money In The Bank pay-per-view saw Brock Lesnar close out the show in surprising fashion. He invaded the MITB ladder match and became the new contract holder. However, it turns out that the Superstars in the match were just as surprised as the fans.

Lesnar hadn’t been seen since dropping the Universal Championship in the opening match of WrestleMania 35. Therefore, it wasn’t known when he would be making his return or whether his previously reported Super ShowDown match would indeed by his next match.

Brad Shepard said on Oh, You Didn’t Know that the Superstars in the Money In The Bank ladder match simply weren’t clued in on how the match would be ending.

Brock Lesnar is now the Beast In The Bank and expected to make his Money In The Bank contract decision next week on Raw.

Of course, we already have a very good idea about who he will choose as his opponent and which event it will take place in.