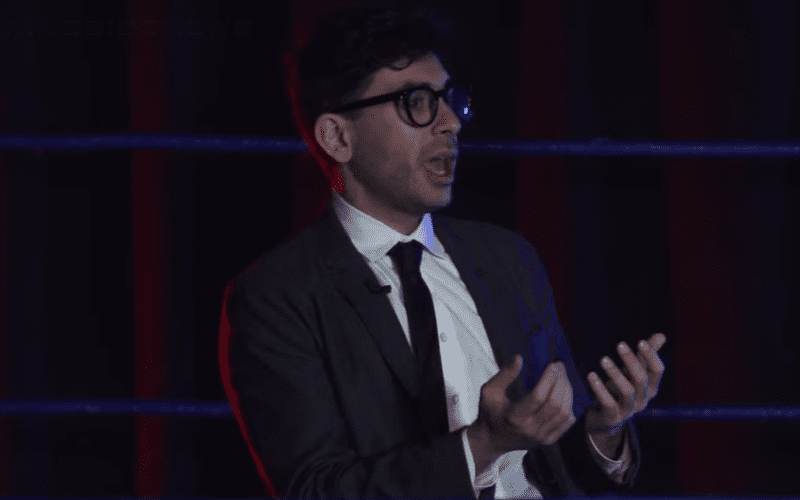 AEW has been very busy getting the wheels moving to start their own pro wrestling company. In the meantime, WWE has been monitoring the situation and they can’t love what is going on.

TNT will be AEW’s television home in the United States and they are also securing global distribution for their upcoming television show. With Double Or Nothing coming up this Saturday, AEW has a great chance to make statement.

Tony Khan spoke about AEW’s goals during the final episode of the Road To Double Or Nothing YouTube series. He wants there to be more pro wrestling.

Tony also made a point to say that they won’t discourage fans from wearing an opposing company’s merch which is something WWE has garnered quite a bit of attention for doing.

“I believe if we create a competitive environment and put the best wrestling out there and work really hard I think we can rekindle a love of wrestling internationally and it’ll be like it was twenty years ago.”

It certainly sounds like AEW is taking the right approach to this situation. The final episode of the Road To Double Or Nothing provided an opportunity for AEW to make a big statement and they did just that.

The fact is, as Chris Jericho put it, that this is a war whether they want one or not. Tony Khan is a very smart man and knew exactly what to say to subliminally fire some great shots in this video.

Tony Khan was able to lay it all out on the line and now the performers at Double Or Nothing will need to back up those words. Because AEW is just getting started.