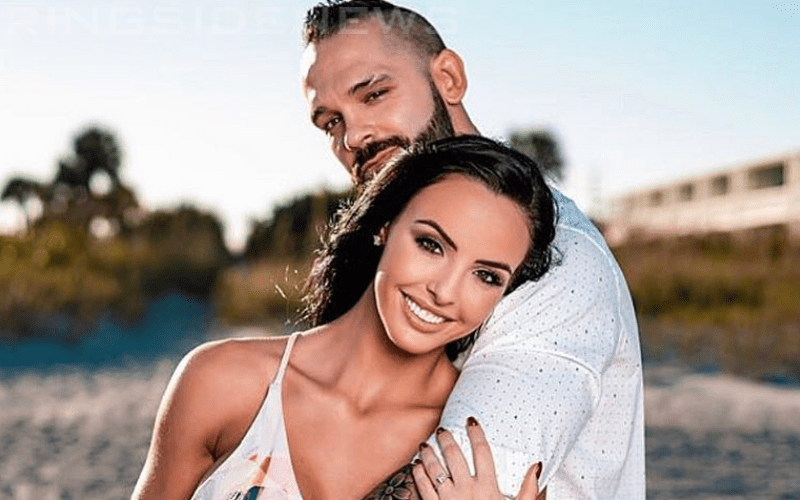 It’s always great to see couples form within the WWE Universe, whether it be as fans or amongst the superstars themselves. One of the most recent couples to have made things public is Peyton Royce and Shawn Spears, formerly known as Tye Dillinger.

The two have been together for quite some time, and are at the stage where they aren’t afraid to showcase their relationship on social media – and fair play to them.

Last night it was revealed that Spears, after a great deal of speculation, will indeed be making the jump over to All Elite Wrestling as he prepares to enter the Casino Battle Royale this weekend at Double or Nothing.

Royce recently took the time to praise Shawn following the news, as he prepares for the next chapter of his career. The expectation is that he will eventually be a top guy in AEW, and rightly so.

This will make Royce and Spears one of the only couples to be a part of both WWE and All Elite Wrestling, which could make for some interesting developments over the next few years. Peyton is currently one half of the WWE Women’s Tag Team Champions alongside Billie Kay.

It certainly feels like this isn’t going to be the last time we hear of a former WWE star heading over to AEW, especially given that Double or Nothing is right around the corner.

Good luck in AEW, Shawn, and may you have the kind of success that you have deserved for so long now.