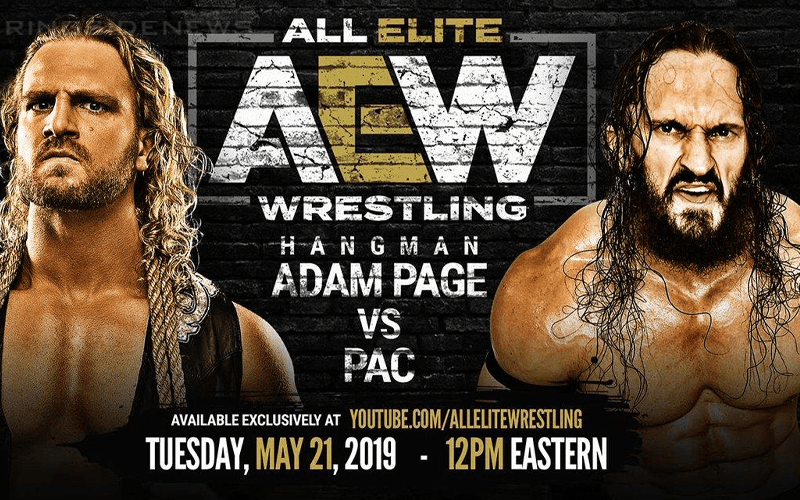 AEW’s Double Or Nothing will be on May 25 and although Pac will not be working the show, AEW still got their match out of him vs Hangman Page. This contest marks the first official match in AEW history because AEW paid for both Pac and Hangman Page to be at Wrestle Gate.

It is interesting that this is AEW’s first official match as it took place much sooner than expected. This contest was also shrouded in controversy because Pac refused to lose to Kenny Omega at a later date.

Pac is the current Dragon Gate Open The Dream Champion and he doesn’t want to do any jobs while he is holding that gold. It makes sense that he wants to present himself as a strong champion, but he would eventually have to lose in AEW. Therefore, this match was put on early and spoiler alert: it ends in a DQ.

The match between these two at Double Or Nothing would have been intense and Pac was slated to win, but creative differences caused this match to happen early and AEW released it on YouTube today.